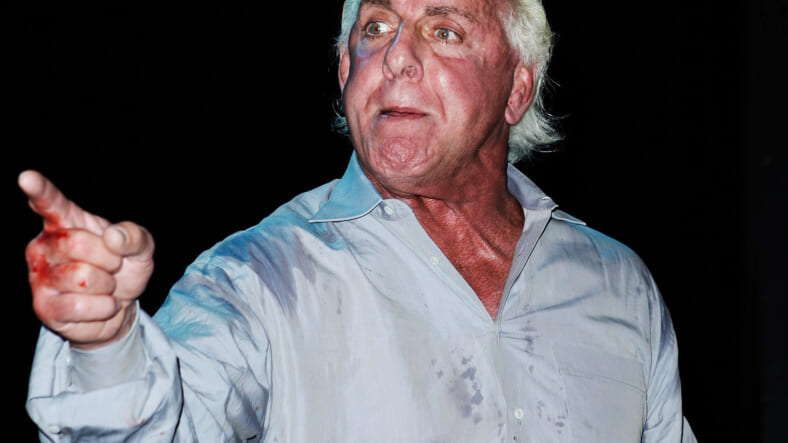 If you thought Ric Flair was mellowing in his old age, the 68-year-old wants you to think again.

On Sunday night, the wrestling legend was reportedly kicked out of a bar for acting like an idiot only five minutes after arriving. That’s impressive no matter how old you are.

The story of Flair’s quick visit to the The Deck at the Gas House in Fort Wayne, Indiana, comes from the Indianapolis Star. The Nature Boy reportedly showed up at the bar around 7 p.m. and immediately started insulting the bartender. The Indiana paper reports that Flair called the employee a “fat ass” and was promptly booted from the establishment for “acting like a moron.”

Unfortunately, there doesn’t seem to be any video of the incident. But if you’re wondering weather the entire crowd at the bar let out a “WOOOOOOO” as he was kicked out, the answer appears to be yes.

Oh absolutely! Everyone did 😂😂

Fun as this story is, it doesn’t rank anywhere near the top of Flair’s list of misadventures. This is a guy who has been struck by lightening twice and walked away from a plane crash.

Getting grumpy and tossed out of an Indiana bar is tame for Naitch, who’s probably back in the gym today getting ready for another wild night on the town.