The pop star sat courtside and put on an entertaining show during a blowout. 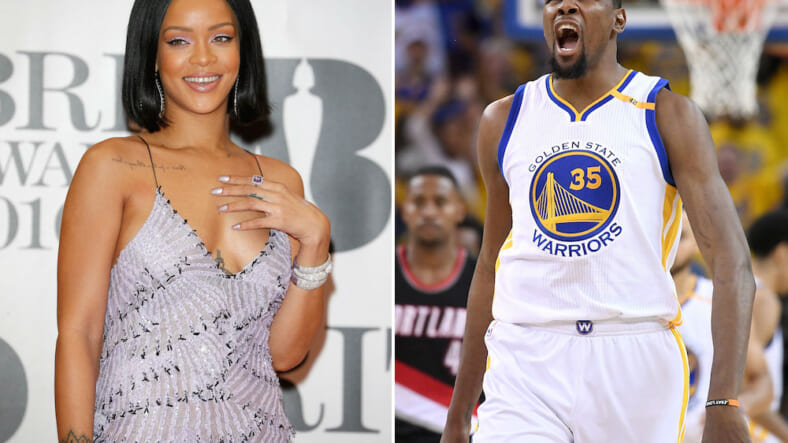 Game one the NBA Finals was essentially over in the second quarter Thursday night. Good thing Rihanna was in the house. The pop star provided ample entertainment during the blowout by beefing with the fans, distracting broadcasters and talking trash with Warriors superstar Kevin Durant.

Rihanna first made her presence known by walking by the broadcasters. Jeff Van Gundy was awestruck.

Rihanna, who is a Cavs fan, or at the very least a LeBron fan, stuck around despite the ass whopping from the Warriors. And by the time the fourth quarter rolled around she had taken to performing on the sideline.

Here she is bowing to LeBron and then talking shit to Dubs fans before dabbing on them.

Not content to simply troll Warriors fans, Rihanna also focused her attention on Durant. Here she is yelling “brick” as he puts up a free throw.

Later in the fourth quarter, with the game well in hand, Durant drained a three and turned to to Rihanna to let her know about it.

After the game, a reporter asked Durant about that shot and if he did indeed stare down Rihanna. His boy Steph Curry advised him not to “get into that trap.” He listened.

Game two is Sunday night Oakland. Here’s hoping the game is entertaining enough that we’re not forced to pay attention to a celebrity on the sideline.