Judging by his girlfriend’s sexy photos and videos, Gronk is living his best life. 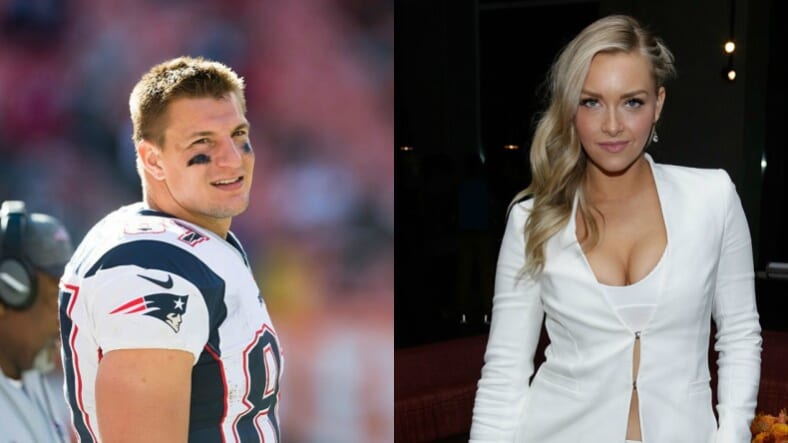 As Rob Gronkowski’s future with the New England Patriots remains uncertain, the NFL megastar seems to have taken back up with Camille Kostek. Check her out here:

The former Pats cheerleader used Gronk as a “human water ski” in a playful video posted to Instagram. Watch it here.

The couple has had an on-and-off relationship since Kostek quit the Patriots cheer squad in 2015, according to recent interview the Sports Illustrated Swimsuit rookie Fox News. Considering this most recent video was recorded from her grandma’s house, there’s reason to believe that they’re currently in an “on” phase.

If “Roberto” is on vacay with Kostek, that could explain why he missed a voluntary Patriotspractice earlier this week.

The again, no one knows if he’ll continue to play for New England after their Super Bowl LII loss. The tight end jokingly told a CBS sportswriter he wanted to play for the “69ers,” and the WWE is reportedly willing to give him a contract.

Patriots Coach Bill Belichick revealed little when he was asked about his players’ future with the organization in Orlando earlier this month.

“We have the voluntary offseason program that starts on Monday,” he said. “It will be heavily attended, but I know there are a couple players that I’ve talked to that have other commitments, but that’s the way it always is. So, not really anything new there.”

It looks like Kostek could be the most certain thing in Gronkowski’s life. Try not to be too envious as you look at her hottest photos above and stunning SI Swimsuit videos below: