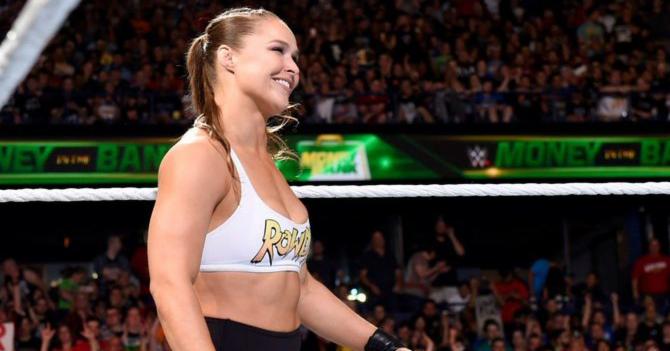 “Rowdy” put her fighting pedigree to good use (and did her namesake “Rowdy” Roddy Piper proud) as she easily handled opponent Nia Jax with arm bars, flying knees and a powerful Judo throw in her second televised WWE match.

But just when it looked like Rousey might take the belt, Alexa Bliss stepped in and shook things up with the type of theatrical moment WWE fans live for.

Rousey was hit by a metal briefcase in the moments before it seemed as though she’d walk out of the Allstate Arena as champion. Instead, after winning a ladder match earlier in the evening, Bliss cashed in an opportunity and walked out with the title in hand instead.

The newly-crowned champ will almost certainly meet the UFC superstar again. Bliss is six inches shorter and 35 pounds lighter than the 5’7″, 135-pound martial artist. But this is the pro wrestling, where the tale of tape means nothing and anything can happen.

One thing’s for sure: Rousey looks right at home in the WWE.