After her brutal knockout losses, would a comeback fight even be a good idea? 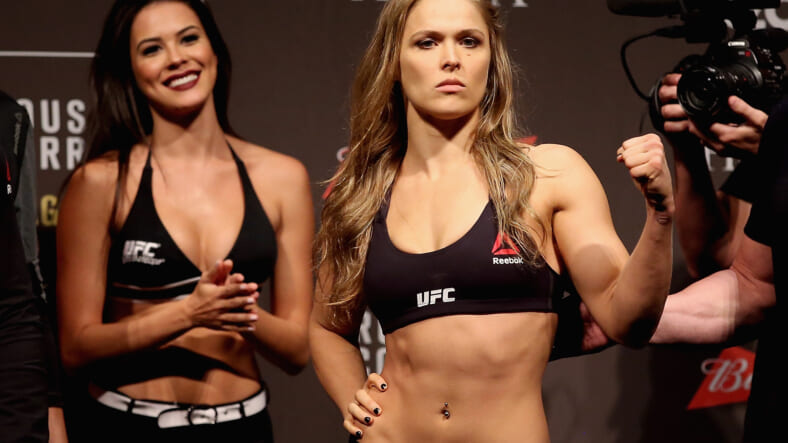 Ever since she sulked out of the cage after Amanda Nunes treated her like a speed bag at UFC 207, Ronda Rousey has done little to indicate she’ll ever fight again.

There was an early statement saying she needs to “think about the future” and ever since, she’s remained largely out of the spotlight. Meanwhile, those in the know, such as UFC overlord Dana White, have predicted that she’s done.

But on Tuesday, there was a little glimmer of hope for those who want to see the former bantamweight champ rise again. Strength and nutrition coach Dan Garner announced on his Facebook page that he’s working with Rousey.

“Wanted to give a good welcoming post to Ronda Rousey who has just recently joined the team, and is all set for the comprehensive nutritional programming process with myself.

“Excited to have her on board and to accomplish some great things with her this year,” he wrote on Facebook. “Let’s go!”

Is this a sign that Rousey is starting the long road back to the Octagon? Or an indication that she’s getting fit for more acting roles, or that rumored jump to the WWE? Or, perhaps it’s nothing at all. And what are the “great things,” to which Garner is referring?

Garner isn’t a huge name in MMA circles, but his bio says he has worked with NFL, MLB, NHL and UFC athletes.

Maybe the most relevant question is not if Rousey will ever fight again, but if she evn should. Her last two fights, against Amanda Nunes and Holly Holm, were brutal knockout losses that turned the formerly press-savvy superstar into a recluse.

If she gets back into the cage and loses for a third time in a row, we might never hear from her again.