Will this be the last time someone makes money off a Ronda Rousey fight? 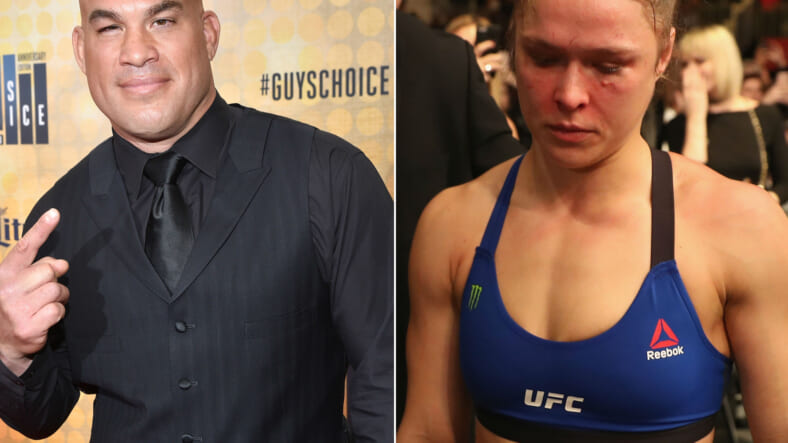 Tito Ortiz may have moved on the from the UFC, but that doesn’t mean the former UFC light heavyweight champ-turned-Bellator headliner can’t still make a decent payday from a UFC pay-per-view. Just last Friday, he pulled down more than $77,000 after UFC 207. How? He bet against Ronda Rousey.

As the brief caption on the picture above suggests, this wasn’t a tough decision for Ortiz, who takes on Chael Sonnen at Bellator 170 on January 21. Like many who favored Amanda Nunes coming into the fight, he no doubt thought her superior striking would be too much for Rousey. And it definitely was.

Unfortunately for Ortiz, this might be his last chance to make money off Rousey. She released a statement after the fight saying she needs to “think about the future,” but her mother was much more straight forward when asked how Rousey should proceed with her career.

If Rousey is thinking of retiring, now might be the time to do it. Despite her crushing loss at UFC 207, she still walked away with more than $3 million to Nunes’ $200,000 payday. Hey, it was fun while it lasted