“Rowdy” is a force to be reckoned with. 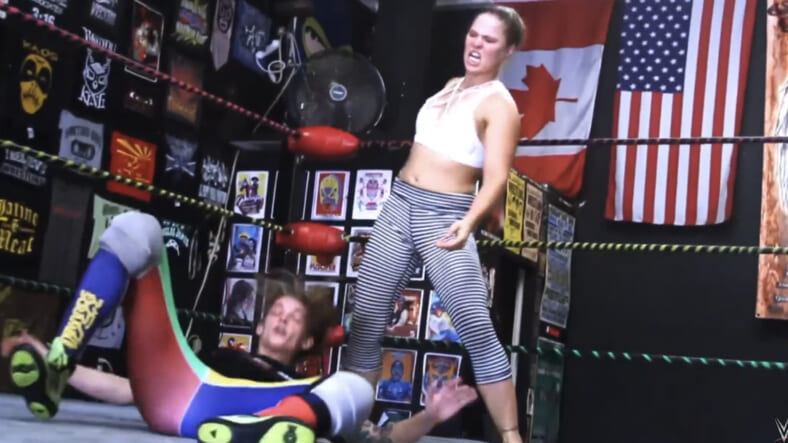 Ronda Rousey’s last two fights in the UFC may have ended via devastating knockouts, but make no mistake—she’s still one of the most dangerous women on the planet.

For those who forgot that fact, the WWE released its first hype video of the former bantamweight champ absolutely obliterating her training partners in preparation for her WrestleMania appearance.

The clip begins with footage of her debut at Royal Rumble, where she made an intimidating entrance sporting a “Hot Ronda” T-shirt.

WWE star Charlotte Flair, whose legendary father needs no introduction, outlines why Rousey is set to make waves when she officially signs with Raw this Sunday at the Elimination Chamber pay-per-view event.

“What makes Ronda Rousey so special is she’s an attraction. She’s a star. It’s just her toughness. She oozes confidence.”

A minute-long compilation of the fighting phenom arm-barring, suplexing, and generally beating the shit out of her training partners follows, and it is glorious.

We can’t wait to see what she can do in the ring.