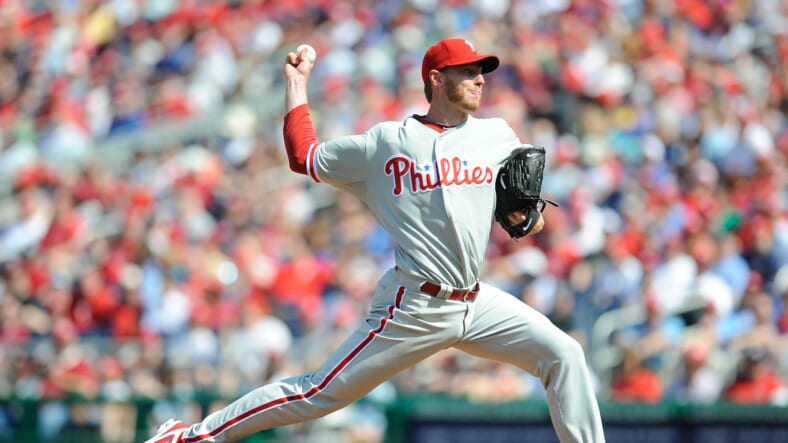 The two-time Cy Young Award winner and eight-time All-Star was 40.

The Pasco County Sheriff’s Dept. is holding a news conference to reveal details of the crash. They confirm Roy was the only person aboard the ICON A5 light sport aircraft when it went down 10 miles west of St. Petersburg.

The Sheriff’s Dept. says Roy did not make a mayday call before he went down, and they’ve already recovered his body.

Halladay purchased his ICON A5 just last month, an innovative lightweight sport plane that Maxim flew in back in 2015.

Roy was an 8-time All-Star pitcher for the Phillies and the Blue Jays, and a two-time Cy Young Award winner. He’s one of only 2 players in MLB history to throw a no-hitter in the playoffs. He also pitched a perfect game for the Phillies in 2010.

We are saddened by the tragic news that Roy Halladay, 2-time Cy Young Award winner & 8-time All-Star, has died in a plane crash. He was 40. pic.twitter.com/SOFv3bOLyt

Halladay is expected to be a first ballot Hall of Famer when he becomes eligible in 2019.