Radio Host Blasted For Saying Roy Halladay ‘Got What He Deserved’ 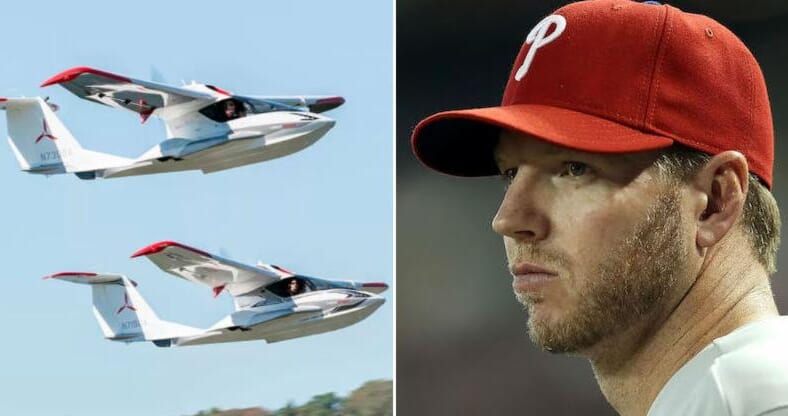 The surprise death of former MLB pitcher Roy Halladay, who died this week after crashing his sport plane into the Gulf of Mexico, resulted in an outpouring of sympathy from many in the sports world, but not from Boston radio host Michael Felger.

On his 98.5 The Sports Hub radio show Wednesday, Felger ripped Halladay for being a “moron” and blamed him for his own untimely and unexpected death.

“He’s not a militarily-trained pilot, he’s not a professionally-trained pilot, he’s a Joe Q. Citizen who buys a plane that folds up and you can put in your garage and that’s amphibious,” Felger said. “‘Wheee! Oh look, I just landed on the water, everybody! I’m going to tweet it!’ Splat. You’re dead. With two kids. Moron.”

Felger suggested that Halladay’s thrill seeking was irresponsible. “As a 40-year-old grown-ass man, you’re still doing that, to the point where you’ve got to get in planes and race cars and all that crap? I’m sorry, dude, you’re on your own. I’ve got no sympathy for you.”

The radio host’s rant was apparently inspired by video footage of Halladay’s last moments, which TMZ obtained and published Wednesday. The video shows a few seconds of  40-year-old flying over the Gulf of Mexico before witness see it crash.

The boaters who took the video told TMZ that Halladay was flying erratically.

TMZ Sports has obtained footage shot by boaters who say the ex-MLB star’s plane was going from 100 feet in the air down to 5 feet and then back up again … repeatedly.

While some unsympathetic assholes blame Halladay for the accident, others have turned their attention to the Icon A5, the sport plane he was piloting. The plane, which Maxim took for a spin in 2015, is marketed as an easy-to-fly toy for the well-heeled and has been described as a jet ski with wings.

In May, two ICON employees, including chief test pilot Jon Karkow, were killed when the A5 they were flying in hit a canyon wall near California’s Lake Berryessa. Another A5 crashed in April in the waters off Key Largo, Florida. According to media reports, the pilot of that plane told investigators the plane descended faster than he expected.

“This is extraordinary to have three accidents in six, seven months,” former NTSB head Mark Rosenker told CBS News. “It certainly is raising questions about its stability, its ease of flight, or also the possibility that too many pilots are taking the simplicity for granted, thereby making mistakes.”

For now, Icon is avoiding those issues and focusing its attention on the tragedy that befell the Halladay family. In a statement this week, the company said, “We were devastated to learn that former MLB pitcher Roy Halladay died today in an accident involving an ICON A5 in the Gulf of Mexico.

“We have gotten to know Roy and his family in recent months, and he was a great advocate and friend of ours. The entire ICON community would like to pass on our deepest condolences to Roy’s family and friends.”