The WWE rumor mill is swirling. 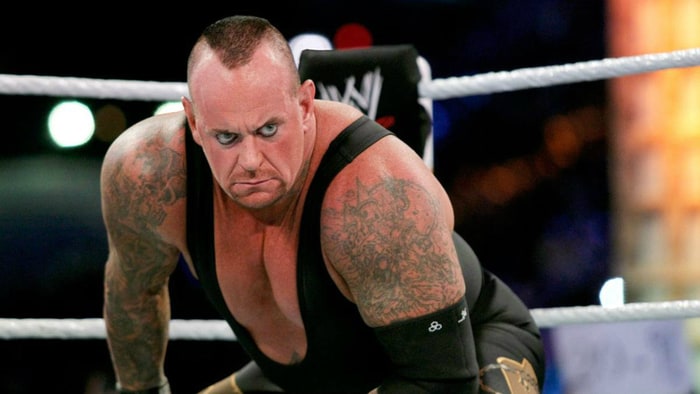 It’s been over six months now since The Undertaker’s elaborate “retirement” at Wrestlemania 33. But as all wrestling fans know, a superstar like Taker isn’t truly retired until he’s dead. Or in the case of the “Deadman,” dead for real.

So it’s little surprise that rumors about a comeback are now swirling. The scuttlebutt has Taker returning to action at Survivor Series and Monday night’s return of Kane to Raw leant the theory some credence.

Kane’s attack on Roman Reigns on Raw is seen by some as vengeance for Taker, who Reigns beat in April at Wrestlemania. Since then, he hasn’t been shy about bringing up his role in the all-time great’s retirement.

If Taker does make his way back to the ring at Survivor Series, the rumors suggest he’ll team up with his “brother” Kane to take on the Shield. Sportskeeda lays it out:

Kane is part of a coalition of heels that will hope to defeat the Shield at TLC in a 3-on-5 Handicap Tables, Ladders and Chairs match. His brother, the Undertaker, lost to Roman Reigns in the main event of WrestleMania 33. Therefore, there is enough wiggle-room in storyline to set up a Brothers of Destruction vs. Shield match at Survivor Series.

The site also mentions that there some desire within the WWE to allow Taker to finish his career at Survivor Series, since that’s where it all started for the Deadman.