The I.O.C. declared the team will not be welcome in Pyeongchang, South Korea. 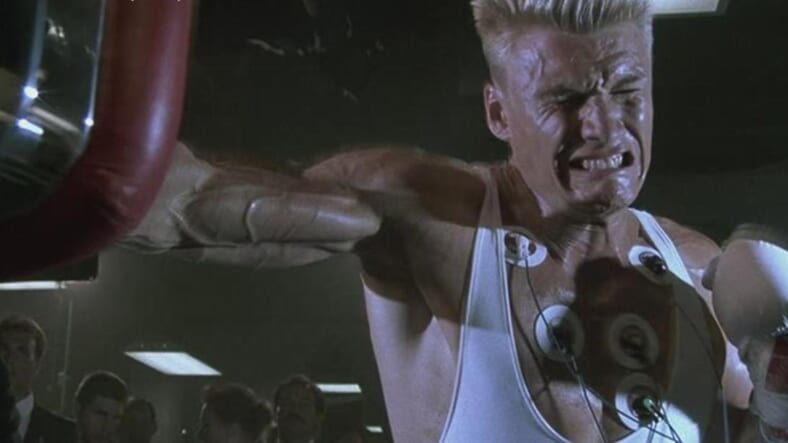 Ivan Drago might have gotten away with it, but the 2018 Russian Winter Olympic team sure as hell won’t.

The New York Times reports that Russia’s Olympic team has been barred from the 2018 Winter Games in Pyeongchang, South Korea by the International Olympic Committee. Per the Times:

The country’s government officials are forbidden to attend, its flag will not be displayed at the opening ceremony and its anthem will not sound. Any athletes from Russia who receive special dispensation to compete will do so as individuals wearing a neutral uniform, and the official record books will forever show that Russia won zero medals.

That was the punishment issued Tuesday to the proud sports juggernaut that has long used the Olympics as a show of global force but was exposed for systematic doping in previously unfathomable ways. The International Olympic Committee, after completing its own prolonged investigations that reiterated what had been known for more than a year, handed Russia penalties for doping so severe they were without precedent in Olympics history.

The ruling cemented that the nation was guilty of executing an extensive state-backed doping program. The scheme was rivaled perhaps only by the notorious program conducted by East Germany throughout the 1960s, ’70s and ’80s.

It is possible, however, that these Olympic Games won’t be totally free of Russians. The Times goes on to report:

In barring Russia’s team, Olympic officials left the door open for some Russian athletes. Those with histories of rigorous drug testing may petition for permission to compete in neutral uniforms.

Although it is unknown exactly how many will clear that bar, it is certain that the contingent from Russia will be depleted significantly. Entire sports — such as biathlon and cross-country skiing, in which Russia has excelled and in which its drug violations have been many — could be wiped out completely.

Now, if only Apollo could get a rematch…