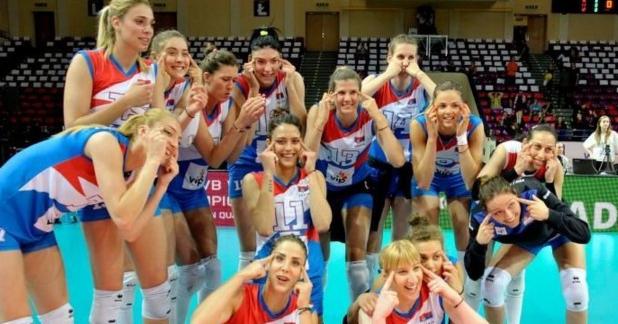 The Serbian national women’s volleyball team is getting lambasted by news outlets all over the world after they celebrated their win against Poland with a blatantly racist gesture.

The viral photo shows players pulling back the corners of their eyes, a move which has historically been used to mock people of Asian descent.

The team had just secured their spot in the 2018 FIVB Women’s World Championship which is being hosted by Japan. Presumably, the tournament’s location prompted them to strike the distasteful pose.

They are deservedly being condemned on Twitter for taking the photo, which unbelievably ran with FIVB’s original story on the win. It’s since been replaced, but the internet is not letting it go.

This is not the first time this has happened either. How and why do people keep doing this???

Apparently they forgot what happened back in 2008 with the Spanish Basketball Team in the Olympic.

Probably even worse than mocking another team…mocking your HOSTS. Yep, return a country's hospitality with a racial taunt.