“When are you going to give me my apology?” 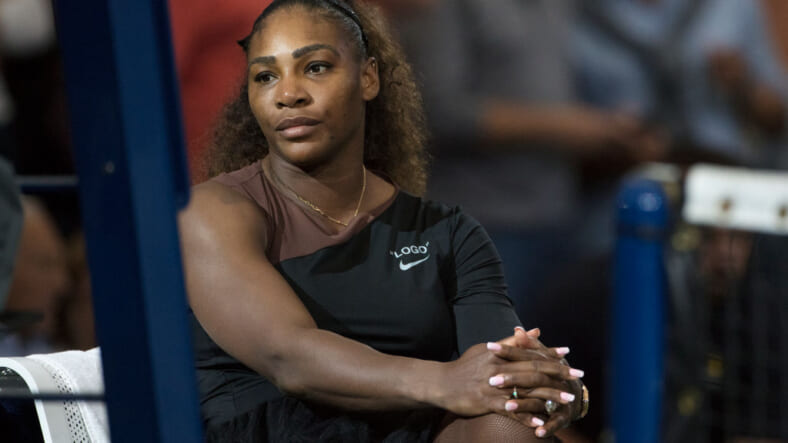 Serena Williams blew up in her losing bid for the US Open title Saturday and many were upset on her behalf—including her opponent and eventual winner of their match, Naomi Osaka.

Chair umpire Carlos Ramos, who first penalized her for receiving what appeared to be signals from coach Patrick Mouratoglou then later for breaking her racket, may have contributed to Williams’ loss. Some observers thought so.

Williams’ responses to the umpire’s calls have been characterized as meltdowns, but that may not be totally fair. She reacted like pretty much any world-class athlete to what she saw as unfair rulings

This from a writer for the Washington Post was typical the pro-Serena camp:

Williams abused her racket, but Ramos did something far uglier: He abused his authority. Champions get heated — it’s their nature to burn. All good umpires in every sport understand that the heart of their job is to help temper the moment, to turn the dial down, not up, and to be quiet stewards of the event rather than to let their own temper play a role in determining the outcome. Instead, Ramos made himself the chief player in the women’s final. He marred Osaka’s first Grand Slam title and one of Williams’s last bids for all-time greatness. Over what? A tone of voice. Male players have sworn and cursed at the top of their lungs, hurled and blasted their equipment into shards, and never been penalized as Williams was in the second set of the U.S. Open final.

That said, the words Williams spoke in anger sparked less even-handed coverage. She reportedly told Ramos “You will never, ever be on another court of mine as long as you live. You’re the liar. When are you going to give me my apology? Say it! Say you’re sorry! You’re a thief too.”

Some felt she overshadowed Naomi Osaka’s win. Osaka was a model of good sportsmanship through it all, but clearly upset after her win, saying “I know everyone was cheering for her. I’m sorry it had to end like this.”

Williams was compassionate toward her opponent. “I felt bad because I’m crying and she’s crying (…) I was like, wow, I definitely don’t want her to feel like that. Maybe it was the mom in me that was like, ‘Listen, we got to pull ourselves together here.'”

Viewers used social media to vent for and against Williams’ behavior.

So much fun to see @serenawilliams 's OVERTLY EXPENSIVE PR being put into super action. If you now search anything about the controversy – all op-eds are one sided – completely!

I am a fan of her & yes believe she has been wronged on occasions. But this was her being sore loser

How about this headline instead

”Serena stood up for herself and held the US Open accountable…” https://t.co/GPttbuJNEb

Tennis commentators feared being called "racist" if they are honest–@serenawilliams got outplayed from the start, knew it, and pulled a Mike Tyson by biting the chair umpire's ear.#UsOpenFinal

To all the people that keep saying the McEnroe video was a different era… there are a plethora of examples. Here is @rogerfederer in the heat of an argument. Is what @serenawilliams said worse? pic.twitter.com/D0si0mZ9Ef

I don’t know much about tennis but the ruling towards @serenawilliams seemed unfair & harsh. Naomi may be holding the trophy but I’m pretty sure the victory was stripped away from her by the response of the crowd. Im glad Serana stopped the boos but it seems the damage was done.

In statements following the match, Williams has been clear about what she felt: “I’m here fighting for women’s rights and for women’s equality and for all kinds of stuff. For me to say ‘thief’ and for him to take a game, it made me feel like it was a sexist remark.”

When past umpire reactions to the words and actions of men on the court are compared to Williams’, you can see her case.

Regardless of whether Serena Williams is right about sexism or not, she’s apparently going to pay for this.

BREAKING: Serena Williams has been fined a total of $17,000 for three code violations during the U.S. Open final.

Still, it sounds like professional tennis should address issues regarding differing standards for the behavior of players—standards that may be based in gender.