Watch Shane McMahon Jump 20 Feet Off WWE ‘Hell in a Cell’, Because This Looks Like It Hurt 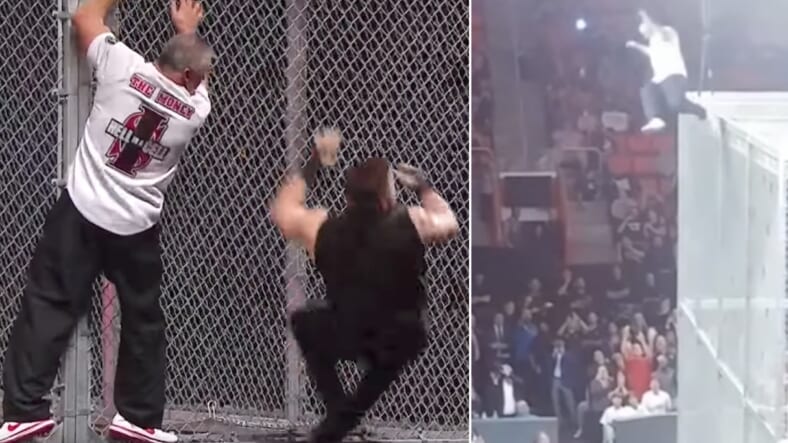 At the 2017 WWE Hell in a Cell on Sunday night, Shane McMahon had just finished with Kevin Owens, knocking him off the caged wall to seeming defeat.

After climbing to the top of the structure, McMahon decided to have one last go at his opponent. He leaped 20 feet from the top, nearly landing on Owens had he not moved out the way at the last second. Hey, pro wrestling is funny like that.

It send the crowd of crazed fans to raptures although it was a ultimately bit self-defeating. McMahon suffered multiple injuries upon impact and had to be hauled off in a stretcher.

Hey, at least it made for good television.