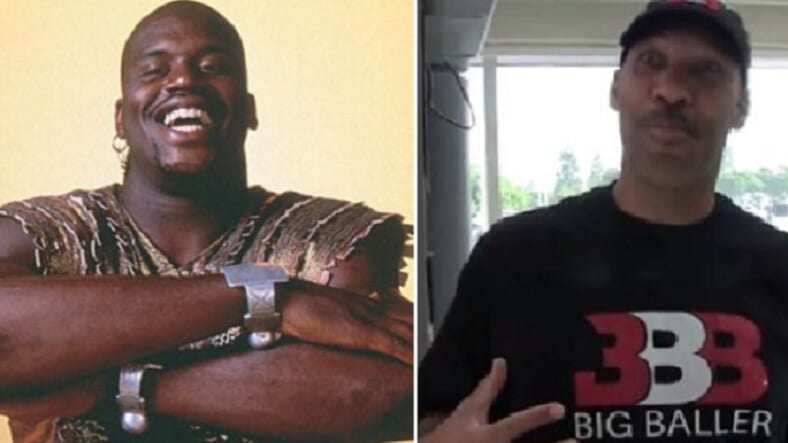 We now join the LaVar Ball soap opera, already in progress. Because really, how can one posturing dad of a new NBA rising star make so much drama?

Ball is gifted at tweaking, insulting, and generally getting under the skin of a ton of NBA stars past and present, and Shaq, for one, is tired of his ass—even though technically, it was probably the towering basketball legend who started the war of words in the first place.

Ethically, Shaq has a point. But it was still shots fired for LaVar Ball. Ball later said that anyone who couldn’t afford his Big Baller shoes was “NOT a BIG BALLER!” Then recently he doubled down, saying that in a game of 2-on-2, he and son LaMelo would trounce Shaq and Shaq’s son Shareef.

That’s how we got here, with a well-produced, 3:25 diss track that honestly has some pointed, funny cut-downs in it, like this:

“Sit down, man you be doin’ the mostyou know your ass is barbecue chicken in the postFirst you can beat MikeThen you can beat meWake that ass up,you havin’ a dream.”

See, Shaq knows his way around a beef. Maybe LaVar Ball has met his match.

We’ll see when he replies—because if there’s one thing we know for sure, we know LaVar Ball is going to fire back. He can’t help it, and it’ll be good for his reality show.