Shaq’s Kid Was Snubbed From the McDonald’s All-American Game, And Even LeBron James Is Mad

Some are boycotting the fast food giant with the battle cry: “No more nuggets!” 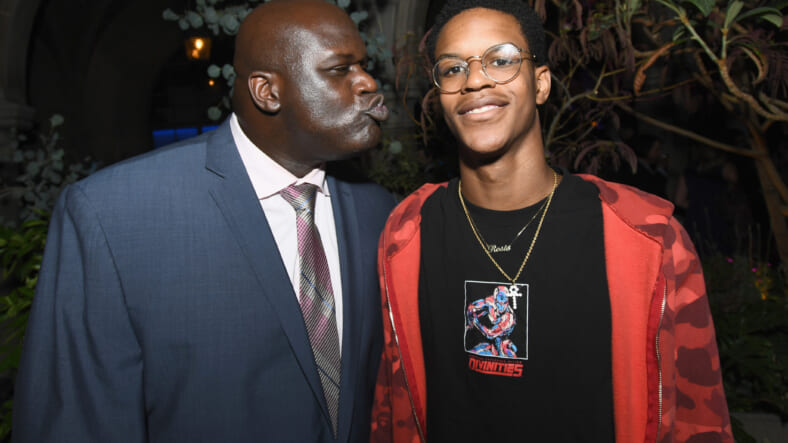 There’s not a lot that hasn’t gone right in the short life of young Shareef O’Neal. The high school hoops phenom is the son of the fabulously wealthy and world famous Shaquille O’Neal. He’s also been blessed with talent similar to his father’s and in the fall, he’ll enroll at Arizona to play basketball at one of the top programs in the country.

But this week, he suffered a rare set back when he wasn’t named to the prestigious McDonald’s All-American Game. O’Neal tweeted that he was “hurt.”

That’s a totally normal reaction for a teenager. What wasn’t normal is what happened next as NBA players came to his defense. LeBron James wrote him a message on Instagram, encouraging him to “use it as motivation.”

James was joined by former NBA player Matt Barnes, who said he plans to boycott McDonald’s over its decision. “NO MORE NUGGETS!!” he wrote.

And of course, Papa O’Neal chimed in.

It’s hard to tell what these guys are so heated up about. Plenty of good players are left of the McD’s All-American team every year and plenty of the guys who make the team flame out in college. For O’Neal, it’s disappointing to miss out on the honor, but it’s not clear why James and Barnes find his omission something to be upset about.

Beyond the honor of the selection, making the McDonald’s All-American team means nothing. The list of players currently starring in the NBA who didn’t get an invite is impressive and long. It includes Jimmy Butler, Steph Curry, Paul George, Draymond Green, Russell Westbrook and Kwahi Leonard, among many others.

And the list of dudes who made the team and went nowhere is far longer. Shareef will be just fine.