This video is the stuff of legend. 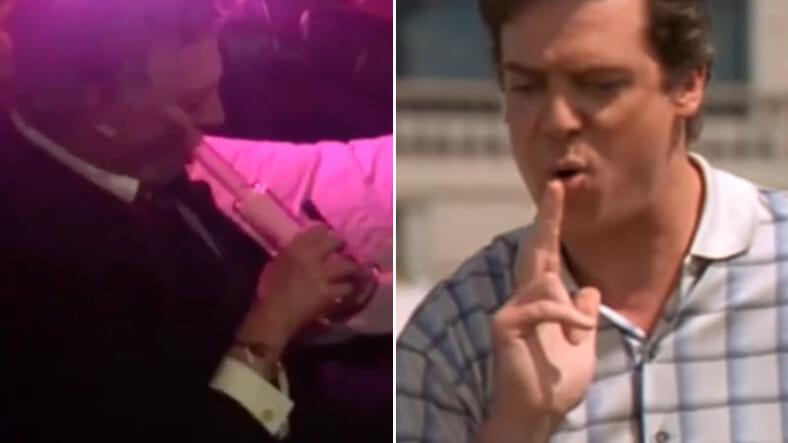 Christopher McDonald, the 63-year-old actor best known for playing dickhead golfer Shooter McGavin in Happy Gilmore, is a bit of a party animal.

He proved that yet again over Masters weekend by apparently ripping bong hits with some dudes who recorded his impressive puffery and posted the video online, where it was shared by Barstool Sports.

McDonald was clearly not shy about being on camera. That’s probably because everyone already knows he likes to have fun.

Last October, he was arrested for a DUI in Los Angeles after driving his Porsche off of the highway. According to a witness who spoke to TMZ, McDonald tried to impress police by telling them he was the same guy who bragged about eating pieces of shit in Happy Gilmore. They didn’t care.

The result of that arrest was this magnificent mugshot.

Four years prior, McDonald was popped for a DUI in North Carolina, where police arrested him for driving with twice the legal blood alcohol content.

Last summer he addressed that arrest in an interview about Tiger Woods. “He’ll be fine. He went through it. He’s fine by the way. He’s taking those bad things. I’ve been through it myself. I got off. He’ll get off,” McDonald said.