It may not have made much sense, but Patriots fans won’t care. 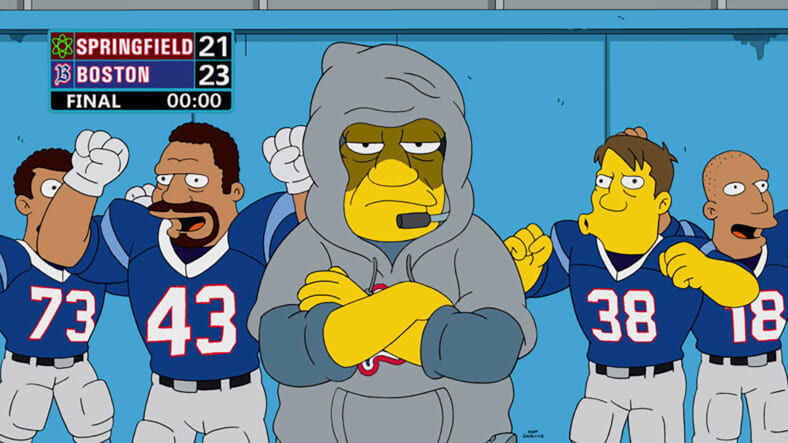 On Sunday night, a week after Fox aired the Super Bowl, the network gave Patriots fans yet another reason to celebrate. A rerun of The Simpsons episode “The Town,” which originally ran last October, included a reference to the Pats Super Bowl win. Did you catch it?

It was subtle and easy to miss. It was also “pure self-indulgence,” executive producer Matt Selman told Entertainment Weekly. The reference came at the end of a bit about the Boston Americans defeating the Springfield Atoms after some trademark New England chicanery. When the show originally aired, the score at the top of the screen read Springfield 21, Boston 23, as it does in the image above.

But on the re-air Sunday, the score was one that Pats fans will easily recognize (it was the final score to the Super Bowl).

Selman explained to EW why they made the change. “The Boston show was re-running the week after the Super Bowl, and [executive producer] Al Jean had the idea to just sneak in a non-sequitur freeze-frame joke. Jamming the Super Bowl teams and score into one shot makes no sense in the show, but we couldn’t resist.”