Soccer Player Needed 10 Stitches After Getting Kicked Right in the Penis, So Watch If You Dare 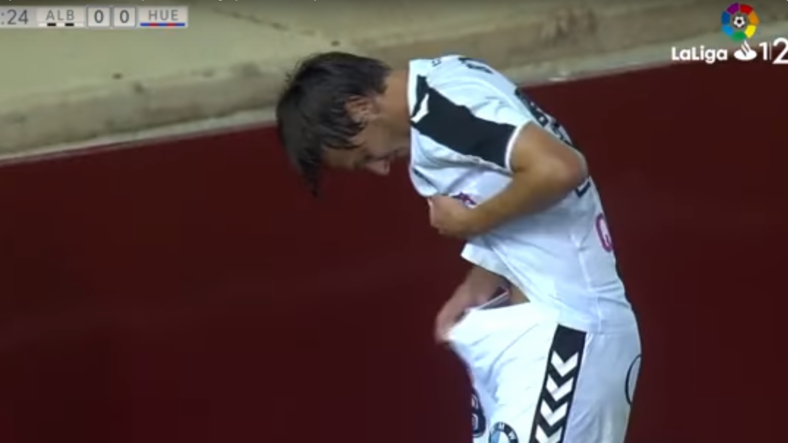 A freak accident left a Spanish soccer player totally incapacitated after a fellow teammate very nearly severed his manhood with a kick right to the babymaker. Watch the cringe-worthy clip above if you can stomach it.

As Albacete player Roman Zozulya jumps up to head the ball near the end of their match against Huesca, he accidentally kicks Mariano Bittolo right in the dick with the spiked side of his cleat.

A close-up shows the utterly destroyed dude collapse like a pile of bricks immediately following the dick kick.

Doctors used ten stitches to patch up his penis, hopefully after loading the poor guy up with a liberal dose of anesthetic.

Painful as it is to watch, the incident was by far the most compelling part of the scoreless game.

We’re not sure if this is better or worse getting gored in the throat by an angry bull, but they both sound terrible.