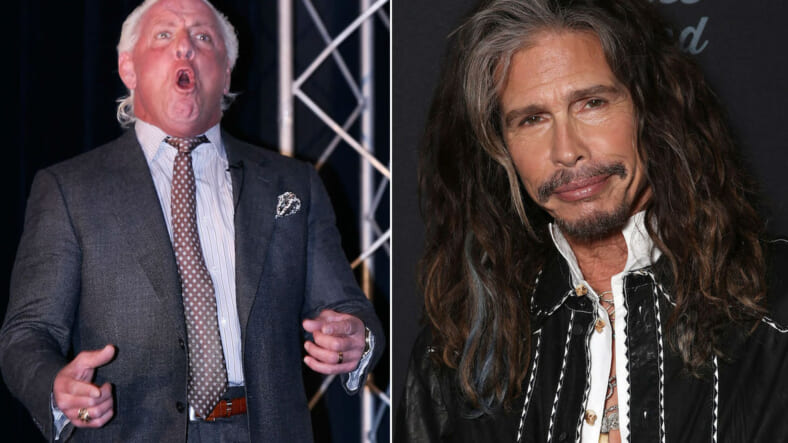 One of the great things about TMZ, and there aren’t a lot, is that the site’s roving cameramen will sometimes pose the most out-of-nowhere questions to seemingly random celebrities about the actions or claims of other celebrities.

Tyler saying Flair is “full of shit” is fun, but the money quote here is, “Oh, I’ve got him so beat.”

Asked if he knows the number of women he slept with, Tyler says, “I was too busy getting high.”

Extensive Googling does not turn up any prior claims from the dude who now looks like a lady, but we’re guessing it’s a lot.

As we eagerly await Flair’s response, how about a tender moment with The Nature Boy, who made a surprise return to WWE Smackdown on Tuesday night?

After his daughter Charlotte defeated Natayla for her sixth WWE women’s championship, she gave an emotional speech in the ring and dedicated the belt to her 68-year-old father, who nearly died last summer.

As she walked to the back of the arena, the Nature Boy’s intro began and everyone knew what would happen next.

Just try and watch this without reaching for a Kleenex.