Stallone says he’d welcome McGregor to join him as a stakeholder in the UFC, and critiqued McGregor’s loss to Khabib Nurmagomedov. 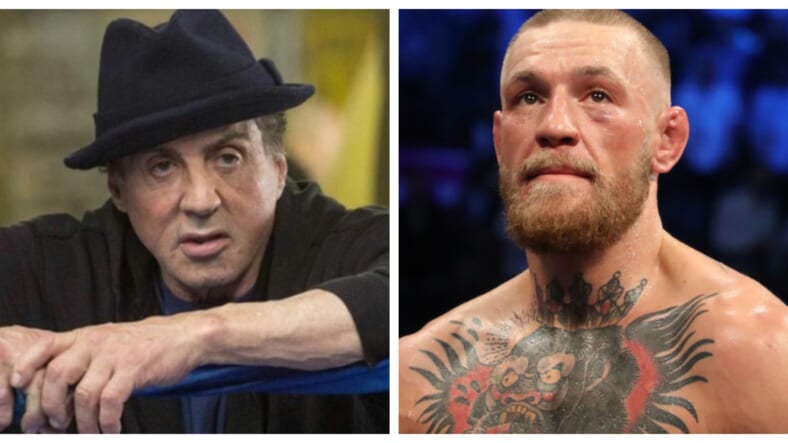 It’s no secret that Conor McGregor has moved to a place where he has more interest in owning part of the UFC than fighting in his weight class. He’s been characteristically frank about it.

Now Sylvester Stallone, one of the most noted stakeholders in the organization, says he believes The Notorious One has a case for getting a big piece of that bloody pie.

Hit with the follow-up question, “Would you give him a little piece of yours?” Stallone said, “Of course. I got an extra room in the house.”

For Stallone this might have been a way to express respect for a gifted (if troubled) fighter who has huge name recognition and maybe some business acumen. But when TMZ caught up with UFC boss Dana White in March, he wasn’t into it.

“That’s never gonna happen,” White told TMZ in the video above. He also said that while he’s “never had a bad conversation” with McGregor, they haven’t seriously discussed the Irishman having that kind of stake.

But, said White, “If you wanted to buy into the UFC right now, the valuation is pretty huge.”

For now, McGregor will probably have to stick with his massively popular Irish whiskey and and the oceans of money left over from his fight purses. And the promise of a room at Sly Stallone’s.

“I think he lost last time because he got resentful, he got prideful, he got arrogant,” Stallone recently said of McGregor’s fight with Khabib.

“He walked right up to that gentleman and he just got smashed in the face when he could have been defensive. There was no Plan B. Not even a Plan A minus.”

Maybe McGregor should put Stallone in his corner for his inevitable comeback fight.