We Might Have Just Witnessed the End of the Patriots’ Dynasty

With the futures of Brady, Belichick and Gronk all up in the air, New England’s historic run may be over. 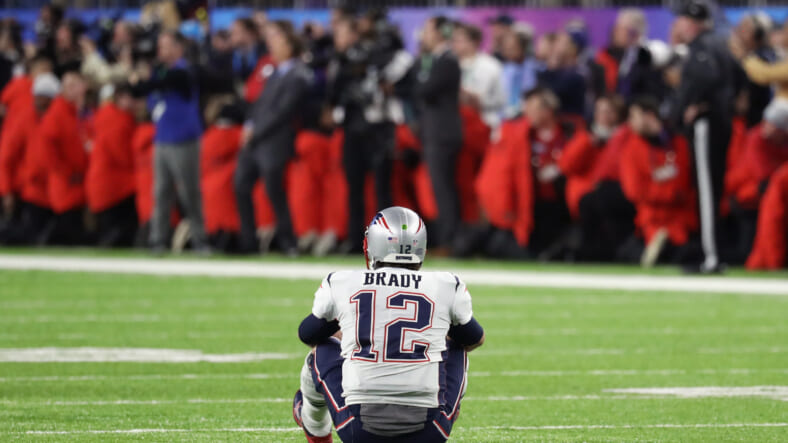 All sports dynasties must come to an end, and one day after their loss in Super Bowl LII, the New England Patriots seem, for the first time since Tom Brady and Bill Belichick teamed up, to be approaching that inevitable cliff.

For the past 17 years, Brady and Belichick have engineered one of the most dominant stretches in the history of the NFL. Despite an untold number of arrivals and departures around them, these two central figures have held together a team that won five Super Bowls and reached three more, losing twice to the Giants and once to the Eagles.

But time, the opponent that no dynasty has ever beaten, might finally be catching up to the Pats. Brady is now 40 years old, and despite eye-popping numbers in a losing effort Sunday, he’s got to decline at some point. No matter how many tofu milkshakes a man bathes in, he can’t play quarterback in the NFL forever.

Belichick knows that, which is why he began grooming Jimmy Garoppolo to take over for Brady years ago. As was reported earlier this season though, Brady pushed out Garoppolo, leaving the Pats without a successor and creating a rift in a locker room known for discipline.

Perhaps this is why Belichick’s name has been kicked around for the now-vacant job with the Giants. And why ESPN on Sunday reported that he and Brady were considering retirement after the Super Bowl. After nearly two decades together, who could blame them for wanting some time apart.

That ESPN report was eventually refuted by the network’s own Adam Schefter, who said most people believe that both Brady and Belichick will be back in New England when next season starts. If they hope to return to February football in 2019 though, their first job will be getting new defensive and offensive coordinators up to speed.

Both Matt Patricia, the defensive playcaller, and Josh McDaniels, an offensive mastermind, are departing for head coaching jobs of their own in the coming weeks. Brady and Belichick have navigated their way through departing coordinators before, but it takes time to succeed with new blood.

It could take even longer if other key parts of the Pats don’t find their way back to Foxboro. Rob Gronkowski, Brady’s biggest weapon, was non-committal about his future after the Super Bowl. The 28-year-old has suffered a rash of injuries during his career and recovered from a concussions just in time to catch nine passes for 116 yards and two scores.

“I’m definitely gonna look at my future for sure,” Gronkowski said after the game. “Sit down the next couple weeks and see where I’m at.”

We’ve seen too many discouraged athletes mutter hints at retirement in the aftermath of a big loss to take the idea of Gronk retiring too seriously. But we’ve also seen players recognize the horrors football is visiting on their brains and get out of the game sooner than expected.

The end of the Patriots dynasty may not come in 2018, but it will come soon—it has to. And when it does, most of America will be thrilled.