This Legendary Play Has Been Voted the Greatest in NFL History

Do you remember the “Immaculate Reception?” 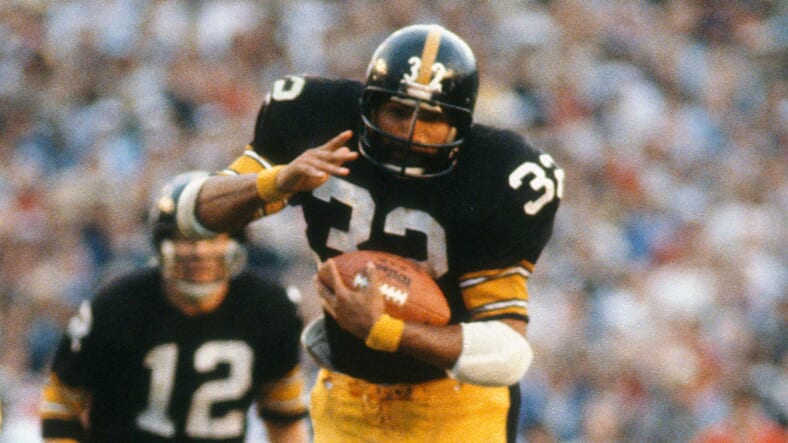 The iconic NFL play that will be forever known as the “Immaculate Reception” has been voted as the greatest play in the history of the league.

Pittsburgh Steelers running back Franco Harris’ miraculous grab of a deflected ball and subsequent touchdown-scoring run in a narrow 1972 playoff victory against the Oakland Raiders was awarded the GOAT title by a nationwide media panel of 68 football writers and editors, racking up 3,279 points and 39 first-place votes. In case you need a refresher, relive this greatest of gridiron moments below:

A touchdown pass caught by San Francisco 49ers receiver Dwight Clark and thrown by quarterback Joe Montana in a 1981 NFC championship win over the Dallas Cowboys came in second. In total, 100 plays were ranked in celebration of the NFL’s centenary.

The Associated Press reports that Harris’ game-winning move gave the Steelers their first ever playoff win and set the precedent for the “Steel Curtain” dynasty to win four Super Bowls throughout the 1974-1979 seasons.

When the play was made, The Steelers were down by one point against the Raiders, as the NFL 100 website notes. Facing fourth-and-10 on his own 40-yard line with just 22 seconds left and no timeouts, Steelers quarterback Terry Bradshaw hurled a ball to running back John “Frenchy” Fuqua, but the pass was broken up by Raiders safety Jack Tatum.

Harris kept the ball alive by snatching it up millimeters above the turf and charging 60 yards into the end zone.

“There are moments in life where you know what you’re doing,” Harris told the AP. “Me and Frenchy, we had no idea what we were doing.”

All we know is that today’s 0-3 Steelers could definitely use another miracle win right about now.