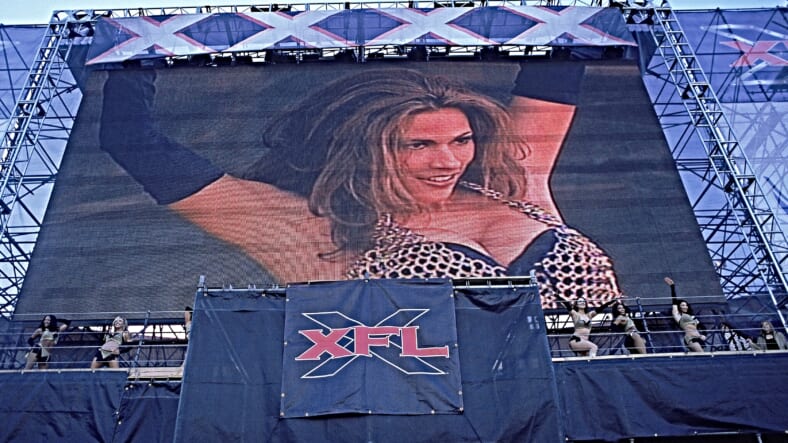 When Vince McMahon announced the resurrection of the XFL, there was probably an assumption his players would clean up at least half as well as their NFL counterparts. After all, we know a lot more now about the toll pro football can take on players. With the job comes a ton of perks and a measure of fame, but it’s damn dangerous, too.

Football players can suffer from life-altering ailments like CTE—chronic traumatic encephalopathy—and paying them the NFL minimum of nearly a half-million dollars a year isn’t unreasonable at all. So it’s understandable that when it was reported last week that XFL players will at a minimum make a measly $55,000 yearly salary, a good number of people lit up the XFL’s Twitter mentions with criticism.

NBC’s Pro Football Talk first reported on the salary, which was revealed in a memo to players’ agents:

The memo states that players who are drafted and retained by XFL teams will become full-time employees as of December 4, 2019, and if they remain on a roster they will remain employed through May 31, 2020. Between the base salary, a bonus for being active on game days and a bonus for being on the winning team, the average player will make $55,000 a year.

Pro Football Talk goes on to note that the NFL minimum is $495,000 a year, but that low XFL salary also comes with a lot of contractual freedom NFL players don’t necessarily have.

Plenty of social media users, verified and not, had a problem with this news.

XFL average salary is suppose to be $55,000. Good luck finding top talent for that, you’re better off coming over to Lights Out Xtreme Fighting where there is no roof on the ceiling, and you damn sure can make a lot more that. pic.twitter.com/pBkTFPR8n6

That’s substantially lower than average CFL salary. Minimum in CFL next season will be $65K Cdn which translates to $49,300 (U.S). So CFL minimum will be slightly less than XFL average. Good news. https://t.co/cWIvdfjqtp

And others felt it might pretty much spell the XFL’s (second) demise.

Lmao with salaries like that, I think it’s already the beginning of the end of the @xfl2020. Most these dudes went to college, they could probably go get paid more doing what they went to school for and not have to worry about brain damage https://t.co/xBLktyIhyz

There were some league defenders, though.

The hand wringing over the XFL startup pay is a little strange to me.
What is the expectation, million dollar salaries? That would be like Woz telling Jobs in the garage, “I need a milly. And bennies.”

Sounds solid for an upstart. If they grow, so should the salaries!

They have the liquid cash to afford this for 2-3 seasons without any income coming in, too.

While AAF salaries were higher, they relied on outside investment which fell through. https://t.co/i0gHYA1KgS

XFL is meant to be the “minor league” for football. Maybe people should compare salaries to the minors and stop complaining about the pay and just grind your way to the NFL https://t.co/30QPd4j9L1

It’s hard to see how the “minor league” argument holds up, though it makes sense at first blush. For one thing, Vince McMahon has positioned the league as an NFL equivalent. Also, according to Payscale, the average minor league (AAA) baseball player earns nearly $85,000 a year—and they are playing a much less dangerous sport.

Yahoo! Sports reported Saturday that quarterbacks in the XFL will make a good deal more: “A source told Yahoo Sports that those players will earn more than the NFL rookie minimum – this year, that amount is $495,000.”

The XFL begins drafting non-QB players this week. We’ll find out then if making less money than many high school teachers is enough to lure real, young talent.