If he wasn’t actually with Laci Kay Somers this weekend, Tiger no doubt wishes he was. 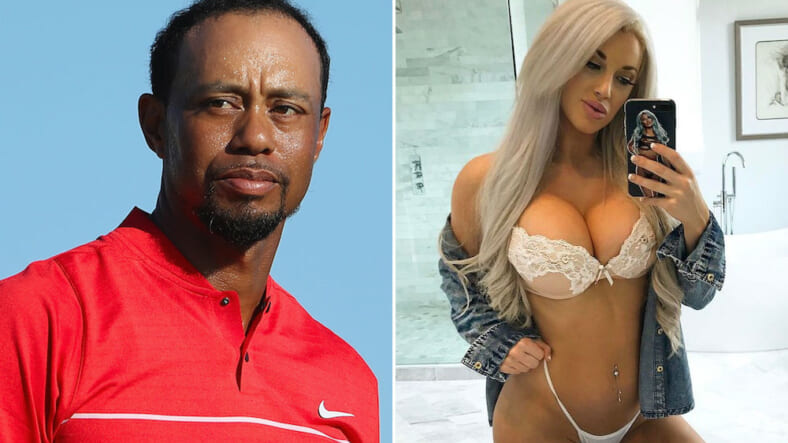 In the hours before his arrest early Monday morning, Tiger Woods was partying hard with a busty blonde Instagram model, according to the gossip site Terez Owens.

Our source tells us Tiger was hanging out with Laci Somers, one of Tiger’s go-to lady friends. I’d like to think a former sex addict like Tiger is keeping busy with someone.

No one else is corroborating the report at this point, so we’ll have to take it with a grain of salt. But it’s worth mentioning that this isn’t the first time Woods has been linked with Laci Ka Somers, the Instababe in question. Back in March, Terez Owens reported that she and Woods were a hot new item.

Is it true? We don’t know. Is it relevant? Not really. But is that going to stop us from gawking at some of Laci Kay’s Instagram pics. Nope!

It would be little surprise to learn that Tiger has his eye on Laci Kay. She looks a lot like the ladies he was linked to before during his stint as the PGA’s most insatiable horndog.

The blue-eyed California girl has many admirers, more than seven million of whom follow her on Instagram.

Meanwhile, as Tiger copes with his latest public embarrassment, he got some words of encouragement in his time of need from a man who’s been though his own trials. Golf’s original bad boy Jon Daly offered advice to Woods via TMZ. “Just get back on the golf course man. This stuff will pass, it always does,” he said.