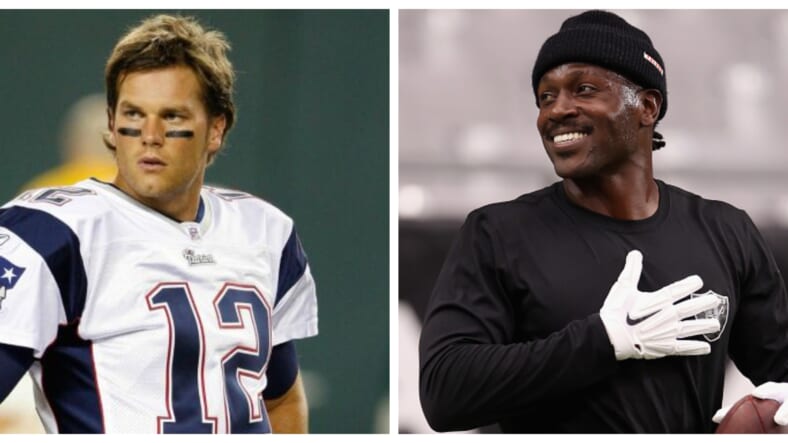 Julian Edelman’s response to the New England Patriots signing Antonio Brown was pretty friendly. Tom Brady didn’t have as much chill as his teammate—he seems downright psyched to bring Brown on board.

In fact, Brady is ready to roll out the red carpet and a home-cooked meal.

“I’d love for him to stay at my house,” Brady told USA TODAY Sports after the 33-3 thrashing of the Pittsburgh Steelers.Brady seemed quite serious after told that the buzz about Brown staying at his house – mentioned by NBC’s Al Michaels near the beginning of the national broadcast – was blowing up on social media. Michaels reported that Brown’s agent, Drew Rosenhaus, told the wide receiver, “come move in with me.”“He’s got a lot of stuff going on,” Brady added, “but if he wants to, he’s welcome.”

Well, they are, but Brady later had to add some clarity to the public record, reports CBS Boston:

Brady didn’t sound too happy that someone spilled the beans about his new roommate after Sunday night’s win over the Steelers, saying it was a private conversation with owner Robert Kraft. He reiterated that on Monday during his weekly interview on WEEI’s The Greg Hill Show, but said that he often opens his doors for teammates throughout the year.“I think there are a lot of things said on TV. I didn’t say that to anyone publicly,” explained Brady. “Anyone is welcome to stay over my house. I’ve had a lot of people over during the season and offseason.”

Brady went on to emphasize that teammates are very important to him. “That’s part of what makes football so special,” he said, “the relationships you build with the guys you play with. This year is no different.”

The Patriots try to avoid controversy, so it’s surprising key players like Brady and Edelman haven’t been more reserved about welcoming Brown, given the latter’s method of getting out of his previous commitment to the Raiders was a little nuts.

In fact, while no one doubts Brown’s immense talent, he has always brought the drama. His history with the Pittsburgh Steelers was marred by controversy and fines—including a confrontation in which he threw a football at Steelers QB Ben Roethlisberger—and his brief time with the Oakland Raiders was marked by nonstop quibbling over his helmet that culminated with a major blowout with Raiders GM Mike Mayock. Brown basically got the Raiders to let him go by harassing them on social media with videos asking to be released from his contract.

None of this seems to be an issue for the Patriots. In fact, as USA Today reported, Tom Brady told team owner Robert Kraft that he is “1 million percent in” regarding Brown.

If the Patriots fandom shares Brady’s excitement, they’ll have to wait. Brown won’t be able to play until Week 2 of the season because he signed too close to game day in Week 1.