“Tom Brady look like the accountant for a mariachi band.” 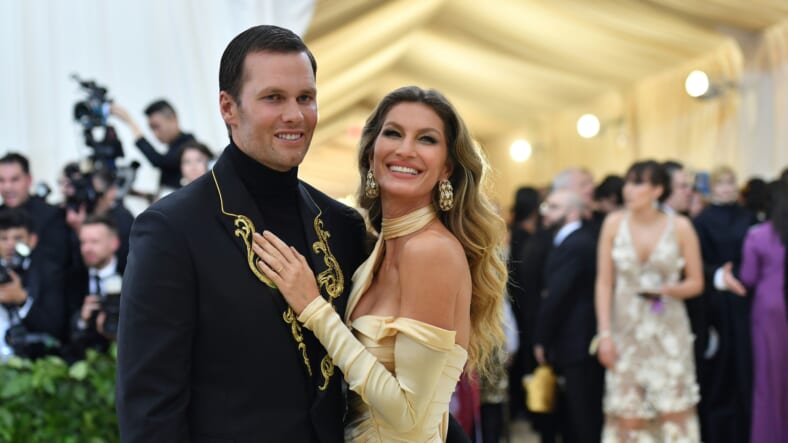 If there’s a downside to being married to a supermodel, and it’s hard to imagine there are many, it’s that you’ve got to occasionally accompany her to events like Met Gala, the annual celebration of over-the-top outfits and other fashion nonsense in New York City.

As Gisele Bündchen‘s husband, Tom Brady has attended this event plenty of times before, but he has never attended wearing the kind of ensemble he sported Monday night. Dressed in nearly all black, Brady rocked a turtle neck and the jacket with embroidery that looked like it came off of your grandma’s armchair. He looked like the magician on a riverboat casino.

And after he arrived on the red carpet, Brady was treated to a vicious roasting.

Someone told Tom Brady that the Met Gala theme was “Every Nicolas Cage Villain from 1990-1997" pic.twitter.com/ARuvcUNR14

tom brady looks like he's about to ask a room full of people to suspend their disbelief and believe in the power of magic just for one night pic.twitter.com/VO98UB5gyq

Tom Brady is the villain in a Latin James Bond Musical pic.twitter.com/CYcBhyFwn7

I feel like Tom Brady is missing a white cat or shaved cat in this photo. pic.twitter.com/CZ00kjvtxe

Tom Brady look like the accountant for a mariachi band pic.twitter.com/2wu4idsXLH

Brady’s no dummy. He had to know this outfit looked goofy as hell. So expose himself to the public ridicule that would undoubtedly come with wearing it? Because Gisele thought he looked like “a cutie.”