Signed photos are starting at $849 a pop. 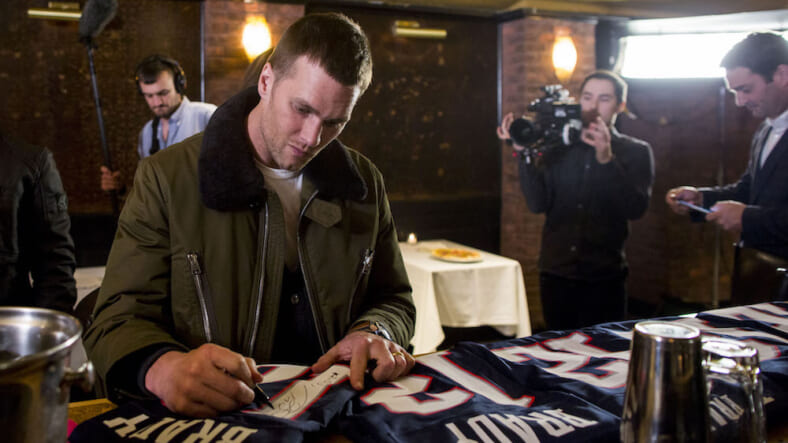 Tom Brady, who will make $44 million from the New England Patriots in the next two years, will spend a few hours of his off season signing autographs for loyal Pats fans, as long as they’re willing to skip rent.

In March, Brady is teaming up with Tristar Productions for what the company calls a “private signing.” The starting price for an autographed photo at this event is $849. Want him to scribble his name on a football? That’ll be $1,000. Maybe you’d like him to add a little inscription. Something like “SB 51 Champs.” That’ll be an extra $399. Have your own ideas of what Touchdown Tom should write on your $1,099 authentic full-size helmet? As long as it’s 20 character or less, Brady will do custom inscriptions too, as long as they don’t include Roman numerals—for only $499.

But maybe you want to spend more? You can! Brady and Tristar are asking $1,999 for an autograph on original artwork or a game used item. So if you wanted to get Brady’s signature on a original painting depicting him as Gordon Gecko with an inscription reading “Greed Is Good,” it would only cost you $2,498.