This is just uncanny. 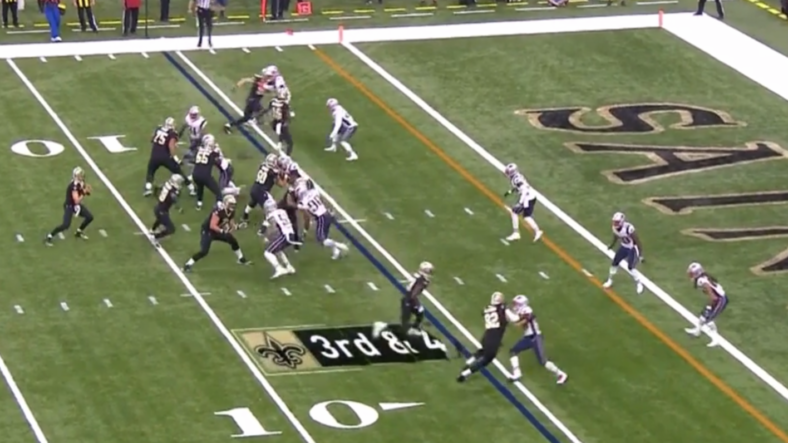 Tony Romo’s last two seasons in the NFL were riddled with injuries and misfortune, but the former Dallas Cowboys quarterback has used his high-level understanding of the game to predict plays to a T as an NFL commentator.

During last night’s New England Patriots-New Orleans Saints broadcast, Romo was able to call the exact fade route Saints receiver Brandon Coleman would run moments before Drew Brees hit him for a touchdown-scoring pass based entirely on the pre-snap formation. Watch him work his magic above.

During his broadcasting debut last week, he spent much of the Raiders-Titans game doing the same. He frequently and accurately predicted what each team was going to do seconds before it happened.

“We’ve got a free safety blitz off the edge.”

“I got five dollars this a run to the left.”

Football fans are eating it up. Many have compared Romo favorably to former No. 1 NFL commentator Phil Simms.

Btw: Tony Romo is really good on CBS. He just called another formation out and where pass was going on the Saints TD

Tony Romo just called out the Saints playcall pre-snap. In almost 2 decades I never once heard Phil Simms manage that.

Romo. I love off field Romo

As long as he doesn’t somehow injure his voice, we’re betting on hearing Romo read real-time reports from his crystal ball for many seasons to come.