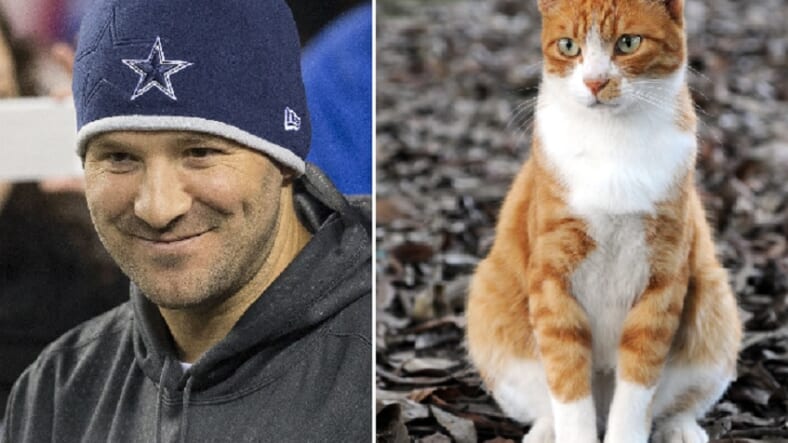 The Thursday Night Football match-up between the Baltimore Ravens and the Miami Dolphins was pretty sad, with the Ravens winning a 40-0 blowout.

Just how bad was it? Former pro QB Tony Romo, doing color commentary, made a random cat running on the field the most interesting part of the game by far. Just watch the video:

Hell, even the NFL was into the surprise appearance by the little gray-striped tabby cat. And as Romo noted regarding the kitty’s athletic skills, it had excellent form and extension as it made its way downfield.

“Look at this Jim, this is like how you ran in high school. Perfect form. Extension,” Romo said. “And doesn’t get phased that there’s people around. Oh look at the change of direction.”

It got even more awesome as the cat scampered toward the sideline.

“DOES HE GET BOTH FEET RIGHT HERE AT THE END JIM?” Romo asked. “He did… that’s way too much fun at this point.”

Considering they were shut out in embarrassing fashion, seems like the Dolphins might consider recruiting the little guy.