One of the most underrated NFL quarterbacks ever is booth-bound. 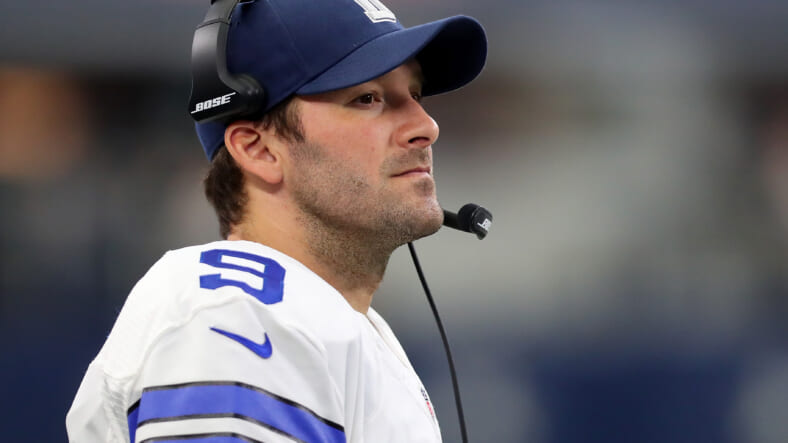 Thirteen years after entering the NFL as an undrafted nobody out of Eastern Illinois University, Tony Romo is set to trade in his helmet for a headset, according to ESPN’s Adam Schefter.

Romo became expendable in Dallas with last season’s emergence of 23-year-old Dak Prescott and the team is expected to release him some time this week. But other front offices would have come calling, with the most interest likely coming from the Texans and Broncos.

In the end though, Romo reportedly decided to forgo a 15th NFL season because of the increasing difficulty of staying healthy. The 36-year-old was limited to just five games over the past two seasons after suffering a broken collarbone and a vertebrae fracture.

Now he’s expected sign up with FOX, CBS or NBC, all of which have shown interest in Romo, who can still form coherent sentences despite more than a decade of getting battered in the Cowboys backfield.

Romo ends his career as a highly underrated and woefully underappreciated quarterback who will always be stained by his inability to carry his team to Super Bowl glory. His individual statistics tell the story of a guy should be beloved .

His 34,183 career passing yard, 248 passing TDs and 97.1 passer rating are all records for Cowboys quarterbacks, a fraternity that includes Hall of Famers Troy Aikman and Roger Staubach. Romo desrves a spot alongside them in Canton.

This is a guy who, as Deadspin notes, ranks “29th in NFL history in passing yards, 21st in touchdowns, fourth in passer rating, fifth in completion percentage, and fourth in yards per attempt.”

Anyone who ranks above names such as Steve Young, Peyton Manning and Tom Brady on these lists deserves to be remembered as an all-time great. And he probably deserves a bust in Canton too.

Former CBS sideline reporter Bonnie Bernstein is not holding back on Twitter, reacting to the report that Tony Romo will be taking Phil Simms’ position as top CBS analyst.

No offense. But that's total crap.

Romo/2 A network's #1 NFL analyst is one of the most coveted positions in all of sports broadcasting. For those of u who think…

Romo/3 "All they do is talk," *live* broadcasting so much harder than you realize! Try, on the fly, sharing cohesive thoughts in 10-15 secs.

But I've worked on that crew. And I know how tough that gig is. That's all.