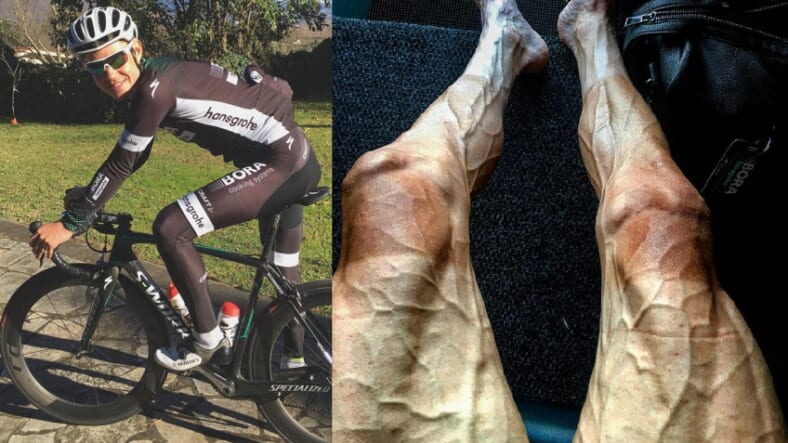 For Tour de France competitor Pawel Poljanski it was just another day at the office when he posted a photo of his legs following the first 16 stages—1,757 miles—of the competition. To the internet, it was a reason to freak out, because Poljanski’s unbelievably shredded and sunburned legs don’t look healthy, or even human.

The cyclist was low key in his photo caption, writing that his “legs look a little tired.” Right.

The catch-22 in endurance sports is the athletes you’d think need tons of energy (food) have to keep their weight down to the healthiest minimum in part due to the need for speed.

So on a good day, Poljanski appears—in his Instagram photos anyway—to be a very slim guy. Rationally, his legs look like the legs of any man or woman with low body fat might look after extreme exertion.

Still, they captured the imagination, empathy, and sometimes revulsion of many people online.

Report: No One Has Slept Since Seeing That Cyclist’s Gross Legs https://t.co/UrTYF1kRt2

The Tour de France has three days to go, but it looks like Poljanski has already won the social media war for most noted cyclist.

Unfortunately, he’s nowhere near the race leaders at this point. Let’s hope his standings improve before his legs explode or develop a mind of their own and trash Paris like Godzilla or something.