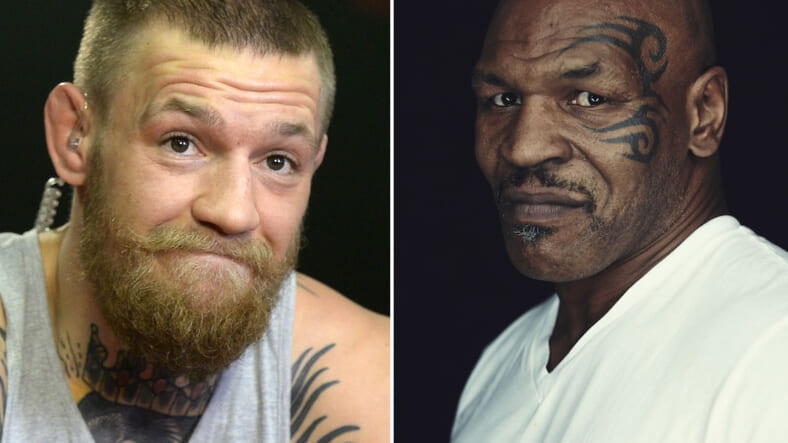 Tyson upped the ante when he recently appeared on the Pardon My Take podcast and said the Irish UFC superstar attempting to outbox the masterful Mayweather — probably the best defensive boxer of all time — will be a recipe for absolute disaster.

“McGregor is going to get killed boxing. I got mad because I thought they were going to use MMA rules against boxing because that’s what it’s all about: Can the boxer beat the MMA guy? McConor [sic] put his dumb ass in a position where he’s gonna get knocked out because this guy’s been doing this all his life since he was a baby.”

“McConor [sic] can’t kick and grab and stuff so he won’t stand much of a chance,” while also adding, “McGregor took the biggest sucker rules in the history of boxing.”

Tyson added that if he ever stepped into the ring with an MMA fighter, he would allow them to use kicks and knees. Hmmm… maybe Anderson Silva should call out Iron Mike instead of Roy Jones for the next boxing/MMA crossover freak show.