“He said, ‘Call the police,’ because he was scared I was going to beat him up more.” 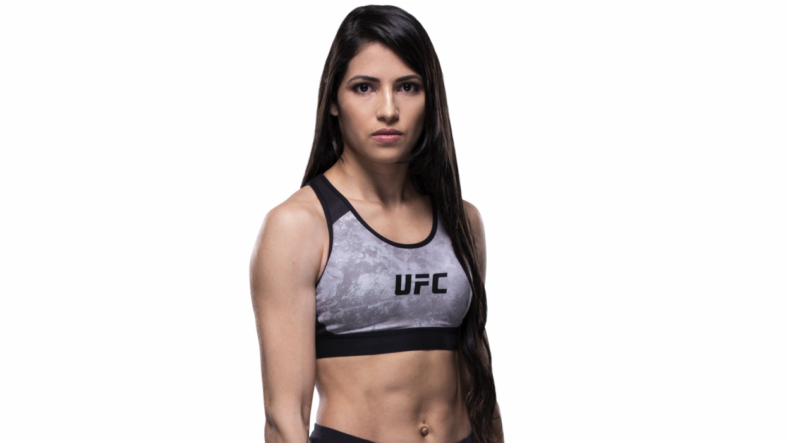 A would-be mugger got way more than he bargained for when he tried to rob a female UFC fighter in Brazil.

UFC strawweight Polyana Viana was waiting for an Uber outside of an apartment complex in Rio de Janeiro when a would-be mugger who claimed to have a weapon approached her.

Viana recounted what happened next in an interview with MMAJunkie:

“When he saw I saw him, he sat next to me,” Viana said. “He asked me the time. I said it, and I saw he wasn’t going to leave. So, I already moved to put my cellphone in my waist.

“And then he said, ‘Give me the phone. Don’t try to react, because I’m armed.’ Then he put his hand over [a gun], but I realized it was too soft.”

“I thought, ‘If it’s a gun, he won’t have time to draw it.’ So I stood up. I threw two punches and a kick. He fell, then I caught him in a rear-naked choke. Then I sat him down in the same place we were before and said, ‘Now we’ll wait for the police.'”

UFC president Dana White posted a photo of Viana and the assailant she obliterated to Instagram, complete with the hashtag, “#badfuckingidea.”

The 27-year-old fighter was also right about the “gun,” which turned out to be cardboard cutout in the shape of pistol. She reportedly kept the guy in a hold until authorities arrived, during which time he tried to negotiate his release.

“I was fine,” Viana said. “I was fine because he didn’t even react after. Since he took the punches very quickly, I think he was scared. So he didn’t react anymore.”

Honestly, the guy is lucky to be alive. Watch Viana tap out Maia Stevenson in this video from UFC Fight Night 125 above.