The Tar Heels and the Bulldogs may be evenly matched on the court, but how do their cheerleaders stack up? 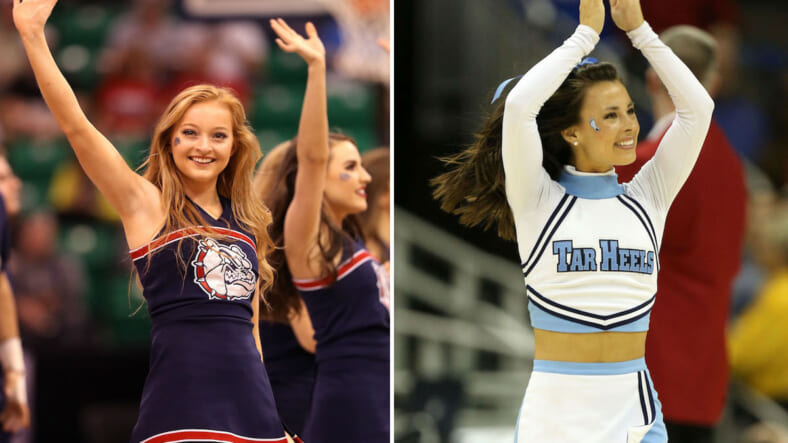 It’s tempting to cast tonight’s NCAA title game between Gonzaga and UNC as a battle of David vs. Goliath. It’s also wrong.

Sure, the histories of these programs suggest a parallel to the biblical battle. UNC is a true blue blood, with the second most wins in NCAA history and five national championship banners.

Meanwhile, Gonzaga is getting its first real taste of prime time by playing in its first title game ever.

But that’s all history. The two teams who will meet on the court in Glendale, Arizona tonight are both behemoths. The parity is reflected in the seeds (both are ones), the point spread (Carolina by a single point) and the combined talent (both rosters have future NBA players).

Hell, Gonzaga is the would-be David in this scenario, and they’ve only lost once this season.

How then can we decide who has the edge tonight? By taking a look at the cheerleaders of course. Is it creepy? Maybe. Useless? Without doubt. But will that stop us? It never has before.

So, when it comes to cheerleaders, who had the advantage: Gonzaga or UNC? You be the judge.