Reviving the XFL Is a Terrible Idea, But That’s Unlikely to Stop Vince McMahon

Are you ready for some MORE football. 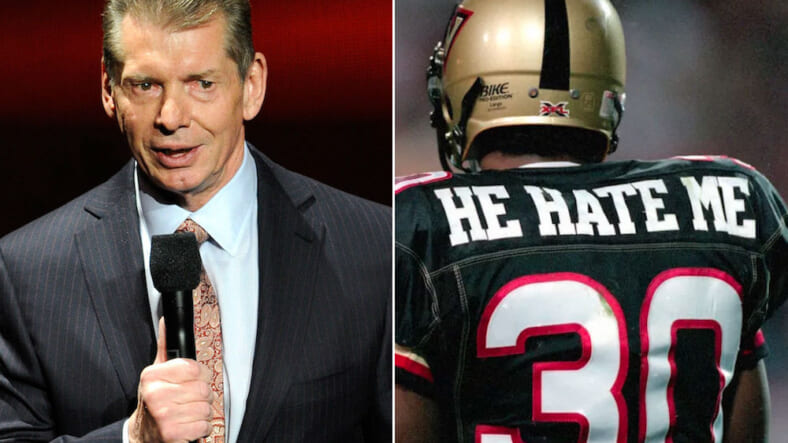 The NFL has had a rough year. With falling ratings and injured superstars, political controversies and seemingly never-ending scandal, the leading sports league in the country is no doubt ready to flip the calendar to 2018.

Except once the calendar does flip, the league might be facing a new problem—competition from the XFL. If the rumors are true and Vince McMahon is really considering a revival of his failed football experiment, it’s surely because he sees an opening to appeal to annoyed fans. Those who wish NFL players didn’t have political opinions and referees tolerated hits to the head.

The problem is, McMahon’s brand of smash-mouth football, and the side of chauvinism it comes with, is precisely the opposite of what’s needed right now.

If the new XFL is anything like the old one, it will trade on testosterone. The original league emphasized big hits, loosened rules to allow for more of them and celebrated players who played through them.

But the current concussion crisis in the NFL proves that this is not what fans or players want. People sitting at home and in the stands have made their feelings clear on the matter and the proof is in the declining rates of participation in youth football. Players are also increasingly speaking out about the dangers of the game, which bodes poorly for the new XFL’s ability to attract talent.

Imagine a league where players were rewarded, not punished, for hits like this?

The XFL’s obsession with the gratuitous female objectification would no doubt create more controversy now that it did in the league’s first go around. There are certainly people who would like to see more cheerleader skin during football games, but it’s hard to imagine there are many advertisers who do.

All of that, and we haven’t even gotten to the biggest problem the XFL faced, which it’s no closer to solving now than it was in 2001. The players and coaches were not very good. The XFL was and would again be the third most attractive place for a coach to work, behind the NFL and major college football. Players who did play in the league would use it as a springboard to get to the NFL, just like they did before. That would leave two types of player int eh XFL, those who aren’t good enough to play anywhere else and those who are desperately trying to get noticed and get out.

That would leave fans with a depleted product that wouldn’t match the anything-goes atmosphere surrounding the game and just like they did before, they’d turn back to the league they love.