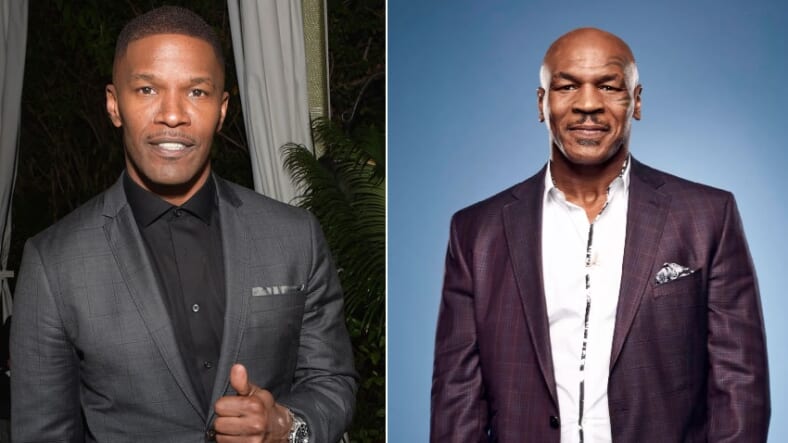 The big news is that Mike Tyson has confirmed Jamie Foxx is playing him in a biopic. But even if a fan of either man is stoked enough about that, listening to Foxx’s electric description of the movie’s opening scene in the video above will be enough to make you say, “take my money now!”

The Jasmine Brand reported on Tyson’s confirmation by quoting Tyson, who reportedly said “It’s on, as of right now.”

Foxx, said Tyson, “has signed on for it.”

“Filming hasn’t started yet,” he continued, “but it’s going to happen. A lot of people aren’t going to like the things I’ve done in my life.”

Well, yeah, what with the rape conviction and the ear-biting and all.

Foxx’s exciting breakdown of the opening scene seems to add to the confirmation that this will happen. And amazing as that scene is, it’s doubly interesting to note that Martin Scorsese, a true master of gritty boxing films, is reportedly close to being the man in the director’s chair.

There’s no doubt that Mike Tyson is one of the more complicated men to ever excel at the sweet science. He was a savant of the sport—youngest heavyweight champ ever and to this day still one of the most ferociously powerful punchers to ever lace up a glove.

Some would question whether a biographical portrayal of Tyson is worth doing, given his crimes and clear past evidence he’s an unbalanced and dangerous man.

Let’s hope Scorsese signs on for sure. If anyone can pull that off a balanced look at Tyson the man and Tyson the monster, he can.