A Surfer Set the Guinness World Record for Riding an 80-Foot Monster, And the Footage Is Insane 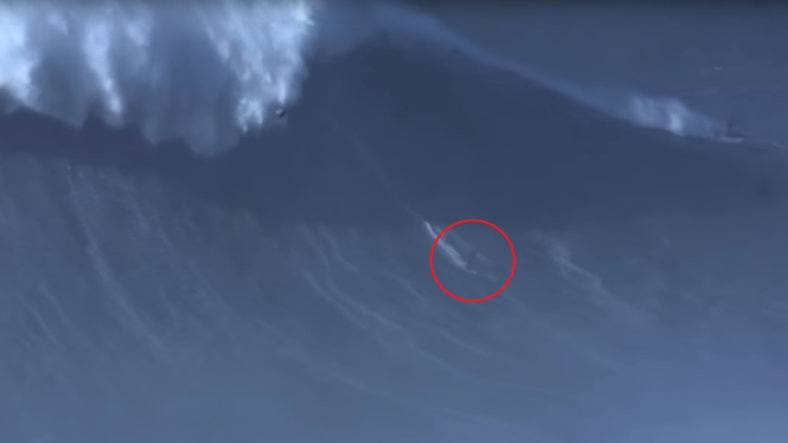 A Brazilian surfer has carved out a spot in the Guinness World Records by conquering an 80-foot wave.

Rodrigo Koxa was just awarded the World Surf League’s Biggest Wave Award and a $25,000 prize for riding a monstrous swell at Portugal’s famed Nazare break in November of last year.

“The award goes to the surfer who, by any means available, catches the biggest wave of the year,” the league said in a statement. “Not only did Koxa win this year’s honor, but he now holds the Guinness World Record for the biggest wave surfed.”

Just four years ago, Koxa was almost killed in the same exact spot.

“I try to surf big waves all my life and I had a huge experience in 2014 where I almost died at Nazaré,” Koxa told The Inertia following last weekend’s award ceremony. “For months later, I had bad dreams, I didn’t travel, I got scared, and my wife helped me psychologically. Now, I’m just so happy and this is the best day of my life. Thank you to WSL, it’s a dream come true.”

Garrett McNamara has previously set the big wave record at 78 feet in 2011.

The WSL also recognizes athletes who failed in fantastic style with the Wipeout of the Year. British surfer Andrew Cotton earned this year’s honor for this brutal bail captured at Nazare one day after Koxa’s record-setting session.

See all of this year’s WSL winners here.