It doesn’t get more American than this. 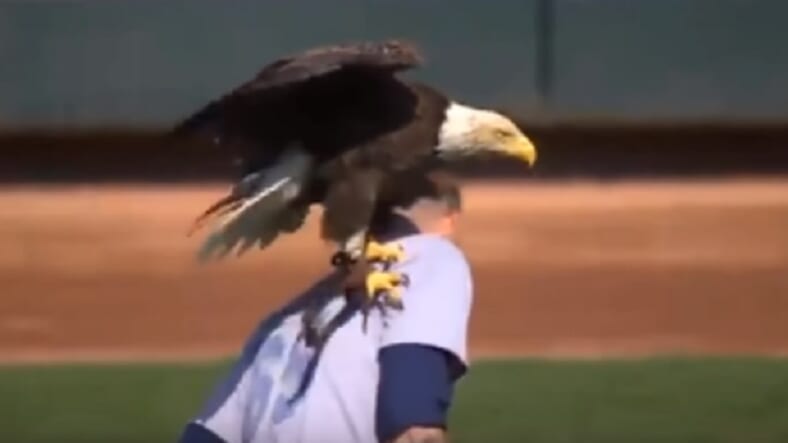 Baseball is the most American sport. Many might argue with that statement, but come on—it’s been around forever, and there’s even a team called the Yankees.

As far as we know, however, bald eagles haven’t attacked any Yankees players yet. That privilege has been reserved for Seattle Mariners pitcher James Paxton.

Paxton was respectfully standing during the national anthem. Apparently the Mariners’ opponent, the Minnesota Twins, have contracted a bald eagle to participate in the ceremony. Bald eagles are known for being super-cooperative.

Ha, no, they’re not. They’re ass-kicking birds of prey and will do what they want. So this one went rogue. But you might ask yourself: ‘what pitcher wouldn’t want a photo of himself with a damn bald eagle mounted on his shoulder?’ Well, it wouldn’t matter much to a pitcher from another country. “I guess the eagle knew I was Canadian,” Paxton said later, “I don’t know. But it came for me.”

In the end, the eagle couldn’t quite make it. It gave up and landed on the green. Paxton, to his credit, was a model of unruffled cool.

We’re not sure he even had another choice. The last thing you want to do is piss off a bald eagle.