Is John Cena Taking on The Undertaker at Wrestlemania 34?

Rumors are flying about who Cena will face in April. 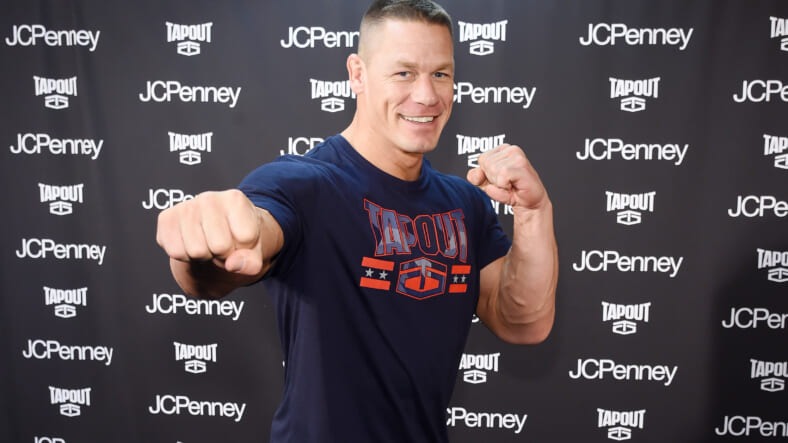 For months now, wrestling fans have speculated on who John Cena will take on at Wrestlemania 34. AJ Styles seemed the likeliest option until this week, when Wrestling Observer’s Dave Meltzer wrote that the WWE has a “much bigger match” in mind for the 16-time champ.

And so began the rumor that Cena would take on The Undertaker at the “Granddaddy of Them All.”

It’s an intriguing idea and it would certainly qualify as a “bigger match” than Cena vs. AJ Styles. But there are a few hurdles standing in the way.

For starters, The Undertaker is retired. The 27-year WWE veteran made a dramatic and well-received exit at Wrestlemania 33 last April. While that’s not permanent, it happened for a reason. The man is 52, and competing at the highest level of sports-entertainment isn’t as easy as it once was.

But just in case it does happen, one wrestling fan has mocked up a poster the WWE could used for the big show.

The Undertaker isn’t the only wrestling icon whose name is being kicked around a a potential opponent for Cena. Goldberg, Batista and even Hulk Hogan have also been suggested.

Whoever it is, we won’t have to wait long to find out. Cena’s opponent is expected to be reveled during the celebration of Raw‘s 25th anniversary show on January 22.

Until then, let the speculation continue.