Do you think Bonds deserves a spot in Cooperstown? 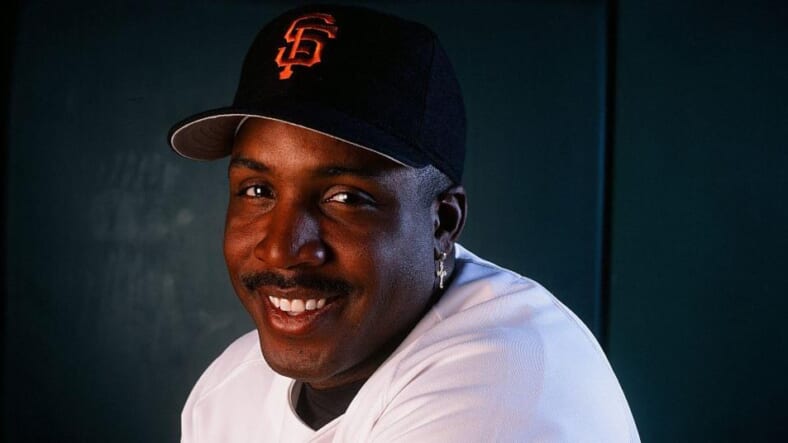 Along with the lifetime ban of Pete Rose, it’s one of the most controversial decisions made by the Baseball Hall of Fame. That is, keeping all-time home run champ Barry Bonds out of Cooperstown.

Now, at least, we know where arguably the greatest baseball player of all time stands on the matter.

A year after Bonds was granted acceptance back into the San Francisco Giants organization, he was immortalized by the franchise when his No. 25 jersey was officially retired on Saturday night.

It was during the ceremony that MLB legend Willie Mays urged the Hall of Fame voters to get Bonds in.

If anyone knows who should be in the HOF, it’s Willie Mays. pic.twitter.com/AXC7fl88dp

During Mays’s speech at AT&T Park, he called Bonds “his little son” and said the slugger should be inducted into the Hall of Fame.

“Give somebody honor that deserves to be in the Hall of Fame,” Mays said. “When you get there you’ll say ‘Man, how did I get here?’ And I want him to have that honor.”

“On behalf of all of the people in San Francisco and the country, vote this guy in,” Mays added.

As SI explains, Bonds played for the Giants for the last 15 seasons of his 22-year career. He is most notably remembered for hitting a record 762 home runs. What has been keeping him out of the Hall is that fact that, during his career, Bonds was suspected of using performance-enhancing drugs.

It’s unclear if Bonds will get enough support to ever be voted into the Hall of Fame. He’s been on the ballot since 2013 and received his highest voting percentage this year at 56.4%.

Do you think he deserves a spot in Cooperstown?