Check out the video of the suspects fleeing with Jermall Charlo’s bag of loot. 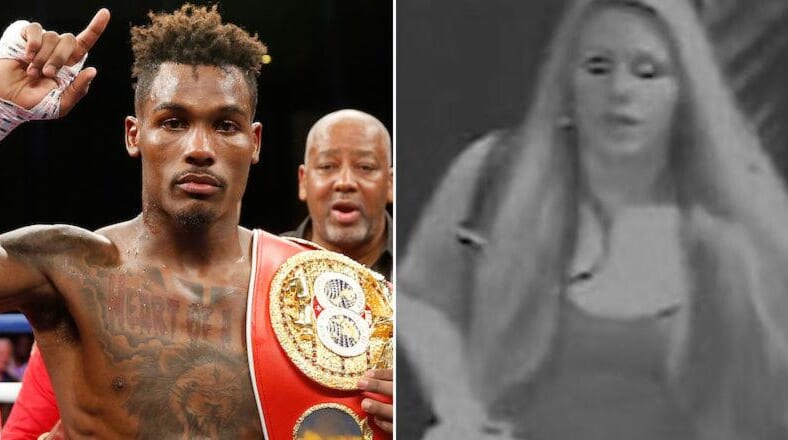 Boxer Jermall Charlo, the undefeated middleweight from Texas who will get into the ring with Hugo Centeno Jr. next month, suffered his first loss at a New York nightclub over the weekend.

On the other end of the beatdown? A group of unknown women who allegedly stole a Louis Vuitton bag stuffed with more than $150,000 worth of cash and jewelry from him.

Police say the heist happened in the wee hours of Sunday morning at Manhattan’s 40/40 Club, which is owned by Jay-Z. According to the New York Daily News, Charlo, who had watched heavyweight champion Deontay Wilder knock out Luis Ortiz at Brooklyn’s Barclays Center earlier in the evening, got into a scuffle with someone at the club.

One of his buddies went to get involved and left Charlo’s cash-filled Louis bag behind at their table, the Daily News reports:

When Charlo returned to his seat, the bag and its contents — $40,000 in cash and $115,000 in jewelry — had vanished.Surveillance video from the club shows one of Charlo’s friends taking off his shirt, then handing the bag to a woman in the club, said 40/40 spokesman Didier Morais.

Surveillance video shows a crew of five women exiting the club and one of them, a statuesque blonde, had the bag over her shoulder. Now police are hunting for these ladies and the goods they stole.

Here’s a closer look at a couple of the suspected thieves.

Oddly, Charlo appeared to dispute the facts of the story on Twitter.

But the NYPD and a 40/40 club spokesperson confirmed the detail to multiple media outlets.

Maybe Charlo is just embarrassed that he lost his undefeated record and it was to someone in heels.

Charlo, who has fought unbeaten in 26 matches, held the International Boxing Federation’s light middleweight title until February 2016, when he moved up to middleweight. He battles Hugo Centeno Jr. on April 21.

His twin brother, Jermell, is also undefeated and has held the World Boxing Council light middleweight title since 2016.