WWE Diva Paige Is Seriously Considering a Career in MMA 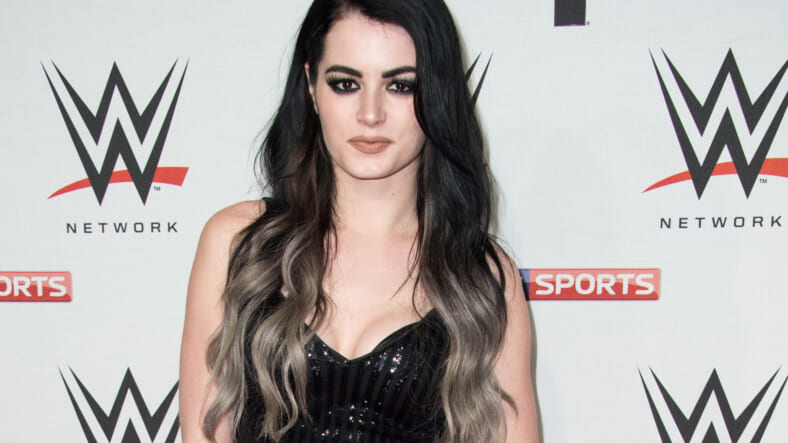 It’s been more than seven months since Paige has stepped into the squared circle, and the two-time WWE Divas champ might be ready to move on from wrestling all together. In a recent interview with TMZ, the British spitfire said when her time with the WWE ends, she might want to take a crack at real fighting.

“I’ve actually really enjoyed it. I’m like, I want to start training every single week,” Paige said, after revealing that she’s already training for MMA.

The 24-year-old actually has an inside connection if she decides to transition to the cage. Her fiancé, Alberto Del Rio, is the president of Combate Americas, an MMA outfit out of California focused on the Latino market. Del Rio was caught on the street with Paige by the TMZ cameras, and when he was asked about the chances he’d get in the cage, he pointed to his better half. “There’s more chance of this one fighting in the cage,” he said, before stopping himself and winking toward his “amigos from Stamford.” That’s a reference to the WWE, which doesn’t want to hear a word about Paige stepping inside an MMA cage.

The chances of this happening are, of course, slim. Paige makes more money in the WWE than she ever would with Combate Americas—and she doesn’t have to actually get punched. That’s a good thing, because it would be a shame to see this face get pummeled.

When your love brings you flowers to make you smile. ❤️

Thanks @honeybeileen for killing the make up game for my green screens for total divas today. Can't even handle the laughs we had today. You're too much hahaha

You've got three choices in life. Give up. Give in. Or give it all you got. 👊🏻