Step into the future of footwear. 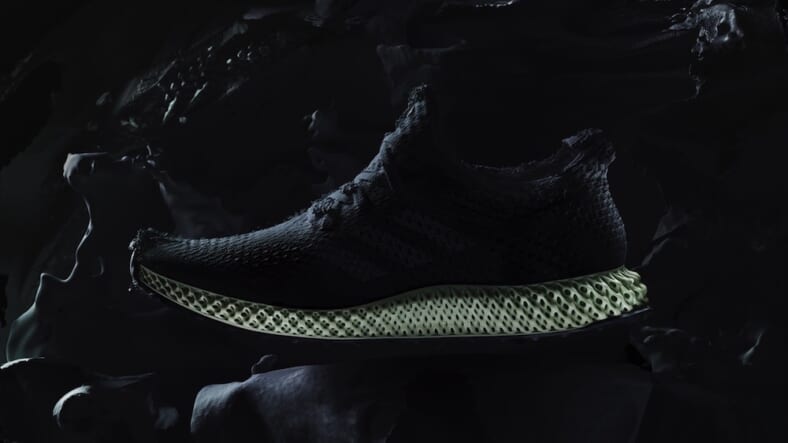 3D printing is a long process, taking upwards of an entire day in some instances. This explains why, despite having unveiled the 3D Runner in the past, Adidas has yet to mass produce any.

But a future of 3D-printed kicks is now closer than ever. Adidas just unveiled its Futurecraft 4D, whose midsole is 3D printed almost instantaneously due to a pioneering new technology. If this stuff is as fast as they say it is, Adidas will have 100,000 pairs made by end of 2018.

The aforementioned breakthrough is called Digital Light Synthesis, which creates structures by applying ultraviolet light to a pool of liquid polymer resin. The process is astonishingly fast, which is demonstrated in the demo video below.

Adidas’ hope is that, one day, anyone will be able to walk into an Adidas store, jog on a treadmill for a bit and then have a quantifiably perfect-fitting shoe custom-printed for them in-store.

“Unlike any traditional manufacturing technology, Digital Light Synthesis allows adidas to precisely address the needs of each athlete in regards to movement, cushioning, stability, and comfort with one single component,” the company said in a statement.

Learn more about the remarkable Futurecraft 4D in a video made from Carbon, the Silicon Valley-based tech company that pioneered Digital Light Synthesis.