The O.G. soccer sneaker is back with a new look. 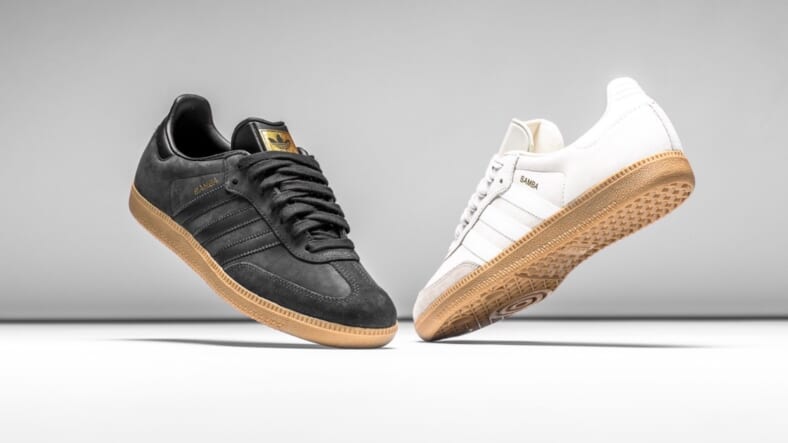 First introduced in 1950 to help soccer players keep their footing on frozen fields, the Adidas Samba remains among its most popular models—second only to the Stan Smith.

But anyone can make use of their low-key, classic style, which went on to influence a generation of kicks, from runners to skate sneakers.

You’ve mostly seen them in synthetic leather, but adidas is re-releasing its two original variations—black and white with gold metallic finishes in suede.

Actually, the upper is made of nubuck, an increasingly trendy suede adjacent, but never mind that.