May the Force be with your feet. 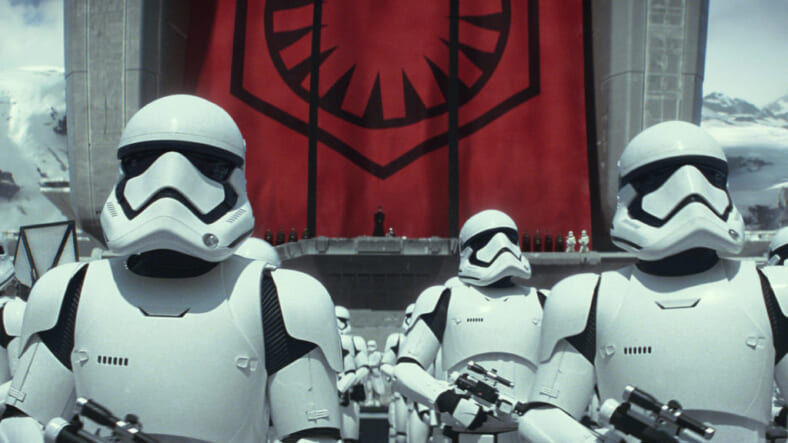 Adidas has been on a long run of owning its lasting status as a legendary name in sportswear by putting together sharp collabs with other icons of pop culture. Like the Star Wars movies. First, there was the R2-D2 Nite Jogger. Now, Adidas is following up those curious kicks with a Stormtrooper-themed Nite Jogger, which wisely goes with the coolest element of the Empire’s favorite cannon fodder, their instantly recognizable black and white armor. Check it out in a post by Instagram sneaker kings, Yankee Kicks.

The black and white colorway is expressed in a white upper and black accents then enhanced with gray suede and reflective fabric striping.

On the left heel stabilizer it reads, “Open the blast doors!” and on the right it says, “Set to stun.” Those match the tongue logo labels, which feature a battle-ready storm trooper line drawing, blaster raised.

Other Star Wars-themed kicks are on the way, including Millennium Falcon-themed UltraBOOSTs.

While Yankee Kicks states the release date is TBD (to be determined), it seems like an even bet that these will be available at stores that sell Adidas and online at adidas.com at some point before the premiere of the final movie in the third trilogy, Star Wars: The Rise of Skywalker.

Rise of Skywalker roars into theaters on December 20—we’re pretty sure these sneakers will be available by then, just in time for Christmas.