The 007-themed kicks were unveiled ahead of the release of “No Time To Die.” 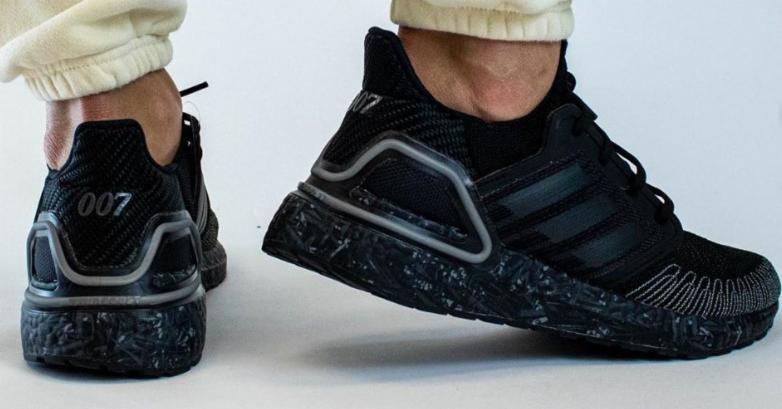 As Hypebeast notes, the superspy-worthy Ultraboost variant appears to feature a triple-black Primeknit upper, silver embroidery on the forefoot, carbon fiber-esque accents in the rear, and a speckled Boost midsole with a matching continental rubber outsole. “007” is printed on the heels, and the stylized gun barrel motif that appears in all James Bond movie title sequences takes up most of the tongue.

The Adidas sneakers join a number of crossover products that have been announced ahead of the fabled MI6 agent’s 25th outing on the silver screen, including a Daniel Craig-designed Aston Martin DBS Superleggera, an updated version of James Bond’s signature Omega Seamaster Diver, and a collection of Swatch watches.

Expect the James Bond x Adidas Ultraboost 20 to arrive sometime before No Time to Die hits theaters on April 20.