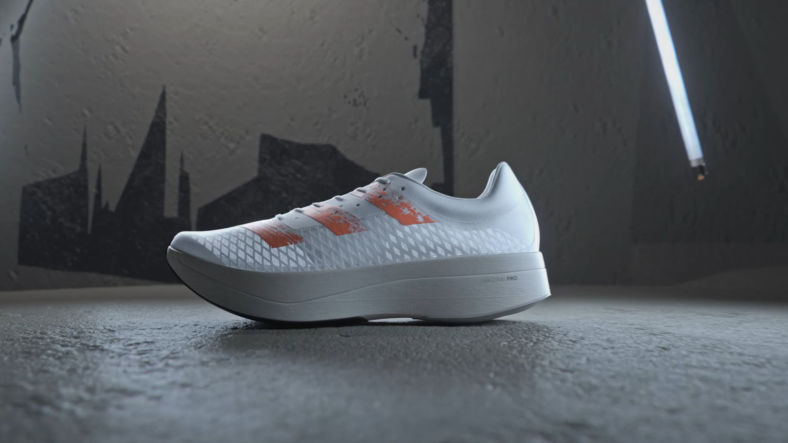 Adidas has announced the Adizero Adios Pro, the flagship running sneaker in the brand’s Adizero lineup.

Like the recently released Adizero Pro, the performance footwear has a serious competitive pedigree that dates back to 2008, when Haile Gebrselassie became the first person to run a marathon in under two hours and four minutes while sporting the inaugural Adizero Adios 1.

One of the sneaker’s biggest innovations is the implementation of “EnergyRods.” By mimicking the foot’s metatarsal bones, these five carbon fiber rods help runners maintain their speed for longer, which improves running economy and creates less physical impact on the body.

Launching with a limited drop in a bold signal coral and white colorway, the Adizero Adios Pro arrives on the Adidas app on June 30.