What do you think of Kanye’s latest kicks? 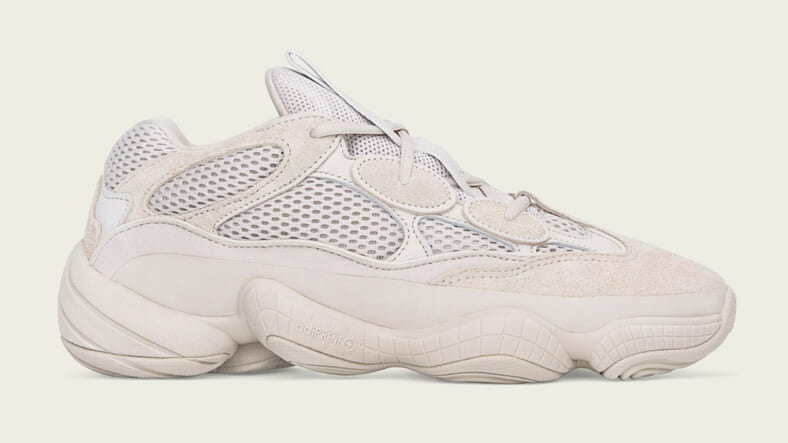 Do you hear that sound? It’s the world’s hypebeasts getting whipped into a frenzy over the latest Yeezy sneaker drop.

The most recent, the Adidas Yeezy 500 Desert Rat “Blush”, has been seen before, on the very feet of Yeezy himself, Kanye West. It also had a very limited edition drop earlier in February, but sold out in minutes.

Now, the Yeezy Desert Rats are back in great numbers. They will be selling nationwide at retailers like Sneaker Politics for $200.

The chunky, futuristic soles are the selling point, even if they are technically almost 20 years old. They borrow from a design from Kobe Bryant’s Adidas KB8 III, which dropped in 1999.

The thick A.F. sole also pits them squarely in the “dad sneaker” category, the latest footwear trend that has made dorky, borderline orthopedic shoes all the rage.

The “blush” colorway is utterly unique as well. You might think they are tan from a cursory glance, but a closer look reveals Yeezy has imbued it with a pinkish hue.

Cop them on April 14th, when they hit Yeezy Supply and retailers for $200.