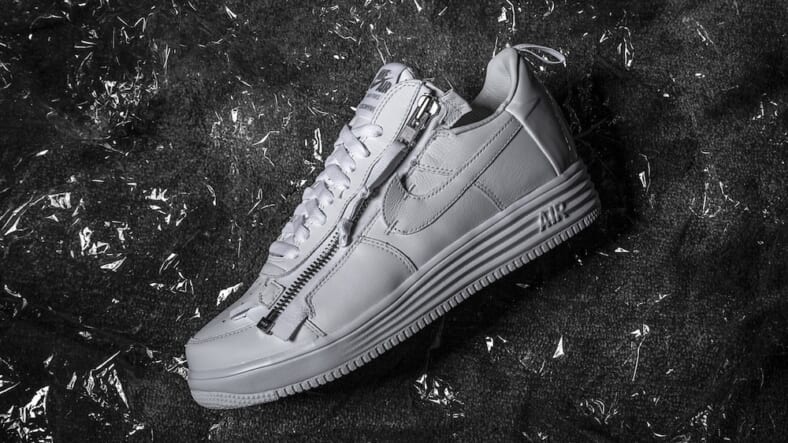 Nike’s Air Force 1 has been among its most popular models for 35 years.

In honor of the timeless kicks, Nike has teamed with five designers to upgrade the simple white militaristic sneaker with wildly inventive twists on the beloved sneaker. Their efforts has been dubbed the AF-100 Collection.

The details are unlike anything Nike has seen before: Errolson Hugh threw on a zipper, Kareem Burke added a Roc-A-Fella emblem, Don C’s leather model has a mix of patterns and textures, Virgil Abloh’s outsize swooshes border on the insane, and rapper Travis Scott lends a low-top model some cool credibility with unique lace detailing.

The Nike AF100 Collection will retail on SNKRS and key Nike retailers from November to December. Head to Nike.com to learn release details, and browse the five new kicks below.